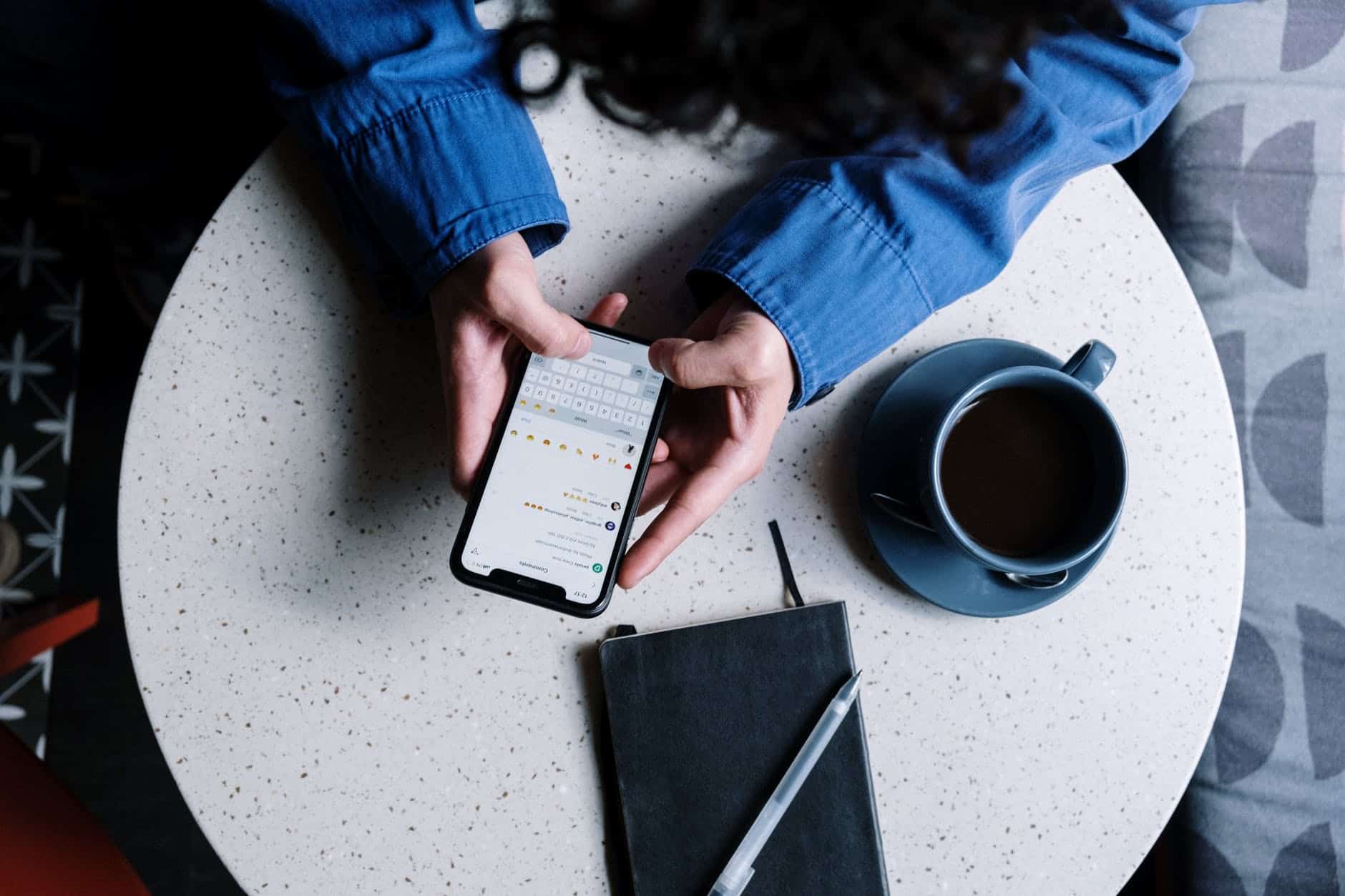 According to Shipra Sinha, Analyst-Industry Intelligence Group, CMR, “Smartphone continues to be an essential life driver. This is clearly reflected in the robust growth in the India smartphone market amidst the second pandemic wave, and despite component shortages. 5G played a key role in this overall growth with its contribution increasing to 17% in CY2021. 5G shipments increased significantly (43%) in the value for money (INR 7,000 – INR 24,999) smartphone segment.” 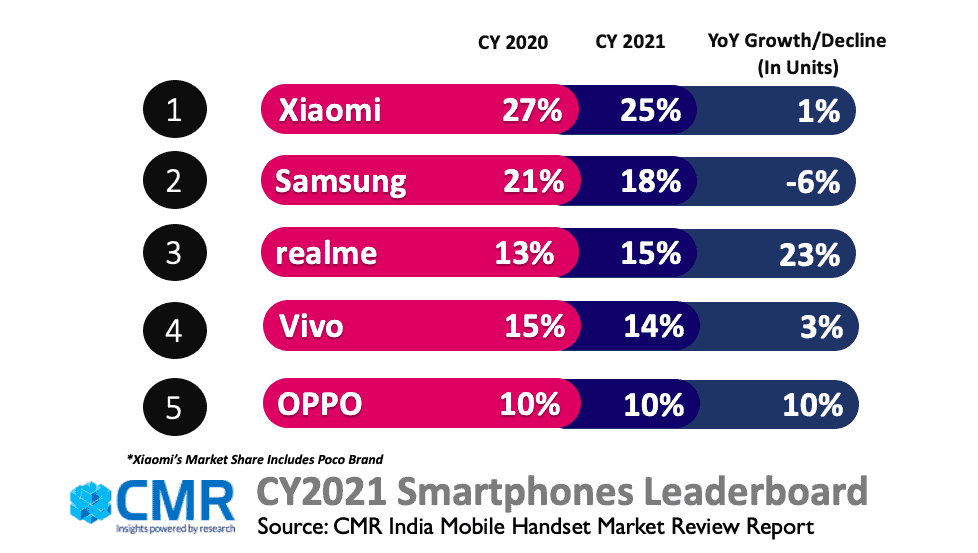 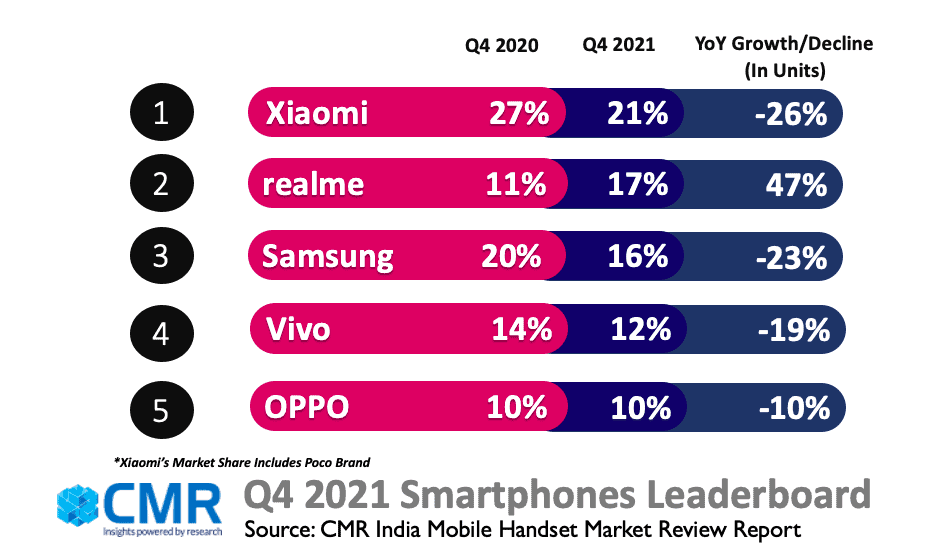 “One in every eight smartphones shipped in CY2021 was a premium smartphone. During the year, the premium smartphone segment grew 79% YoY. This is where more smartphone brands, including the likes of Xiaomi, realme, OPPO, iQOO and vivo are seeking to challenge the current market incumbents, such as OnePlus, Apple and Samsung in the affordable premium tier segment.,” Shipra added. 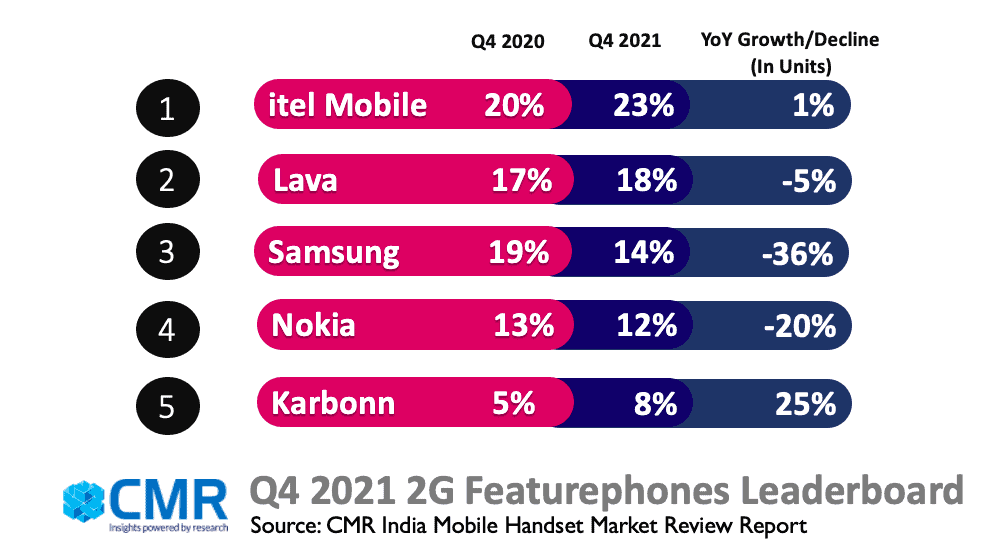 realme captured the second spot with 17% market share with its shipments growing 47% YoY. realme C11(2021) and realme C21Y were the top selling models and accounted for most of realme’s market share. Amidst the prevailing supply constraints, realme did well in terms of inventory management.  During the festive period, it diversified into UNISOC chipsets in the affordable smartphone segment. It shipped around $1.1 Bn worth of handsets in Q4 2021.

Samsung was placed third with 16% market share in the smartphone market. Samsung topped the 5G Smartphone leaderboard. Almost one-third of all Samsung smartphones shipped in Q4 2021 were 5G-capable. Samsung Galaxy M02, Galaxy A12 and Galaxy A52s 5G accounted for 35% of its shipments. Samsung dethroned OnePlus in the premium smartphones (INR 25000-50000) segment. Samsung’s third-generation foldable phones, Galaxy Z Fold3 and Galaxy Z Flip3 performed well during Q4 2021, with >100K foldables shipped during Q4 2021 contributing to 8% of its smartphone revenue. Samsung shipped worth $2 Bn worth of smartphones in Q4 2021.

OPPO was placed fifth with 10% share. The OPPO A16 and A54 series were highest shipped models. OPPO captured 9% share in the overall 5G shipments.

Apple shipments recorded 31% YoY growth. 2021 was the most successful year for Apple. It topped the Super-premium (INR 50000-100000) segment with 81% market share. Aggressive marketing initiatives and affordability initiatives contributed to its success.  Apple’s overall CY2021 revenue was around $5Bn.