After Smartphone Push, 4G LTE Expected to Resurrect Tablets and Data Cards in Second Half of 2016

Samsung still rules the market with about 40% market share, beating Lenovo, Micromax and LYF took the second and third positions with 9% and 8% market shares, respectively. However, as trends suggest post April 2016, shipments of LYF devices are witnessing a decline and it may not remain a leading brand in the coming quarters.  However, its share into tablets is likely to increase that would also give a fillip to Mi-Fi devices, where Jio is selling Huawei’s Mi-Fi devices. 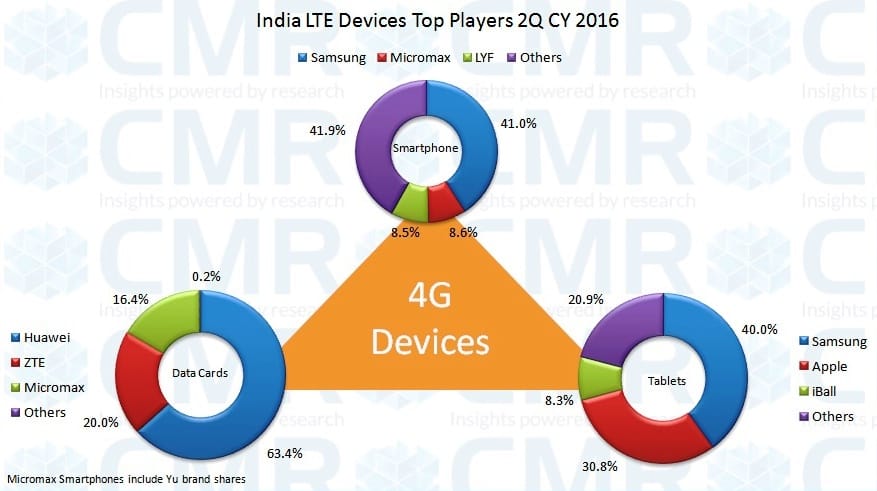 In the backdrop of declining LYF Smartphone shipments and with enablement of almost all leading brands for provisioning of Jio services and the services actually going live, it is high-time for the second tier brands like Vivo, Oppo, LeEco, Gionee, OnePlus, Asus and InFocus to double their shipments to meet the expected rise in demand.  Of this, LeEco and OnePlus should also get their devices work on the Jio networks. 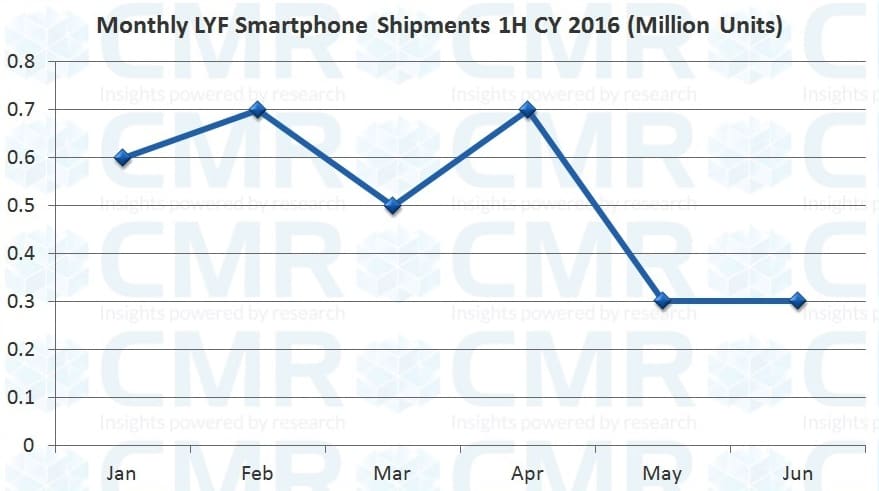 Commenting on the findings, Faisal Kawoosa, Principal Analyst for Telecoms at CMR, said, “Now the equation is reversed. First, all handset vendors wanted to ride on the expected 4G wave.  With services becoming live, it will be now more of a concern for operators, especially Jio (since it is a 4G only network) to actually see the ecosystem gets widened and encourage more and more handset players to come onboard and ramp up their shipments.”

”The biggest challenge for Jio would be to double the users actually having a 4G device in hand.  We expect this year to end with around 125 million cumulative 4G devices and Jio would want this base to touch 250-300 million by 2017 end. Only then, it can expect some decent numbers (70-80 million) of subscribers on Jio services of this potential base by the end of 2017,” Faisal added.

CMR Analyst for Telecoms, Krishna Mukherjee, commenting on the 4G LTE brands in India said, “While in the Smartphone space, we may see about 25-30 4G Smartphone models with different variant getting launched in the second half of this year and content and video consumption getting a boost with 4G. And to fulfill the tremendous demand for 4G, the second tier of handset brands such as Vivo, Oppo, LeEco, Xiaomi, having created a niche for them in the India market, should explore more and take on the 4G wave.”

“4G LTE is here now to turnaround the tablets and data cards market as more and more players see this arena as the potential cash cows of the future. Not only domestic, but global brands should also look at this space to yield maximum profit from this unexplored space. In a nutshell, after the success in Smartphones, 4G is likely to revitalize the tablets and data cards segments and so, they could be the next destination for success,” Krishna concluded.