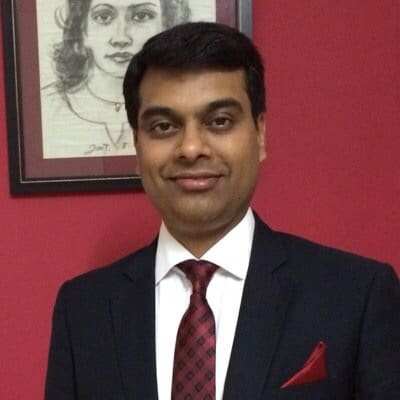 Once again, the global headwind in the form of Brexit is here to sway us, to roil our stock markets, send jitters to Forex movement, jeopardize our investments, which can give us a nerve-wrecking moment!

Just to recollect, the global financial crisis of 2008 played havoc when it impacted a number of Indian companies and they were seen operating in the red. In fact, post the global crisis; the Indian benchmark index Sensex tanked the biggest in history from a high of 21K points to its lowest level of 8K points.

But thankfully, the damage was controlled after a certain point as Indian banks and financial institution were well-insulated, hardly having any exposure to the mortgage-backed securities and credit default swaps that actually turned toxic. The Government and the RBI also stepped up efforts to bring back the country on the right track.

Coming to Brexit, the clouds of hard times are lingering over again, but unlike 2008 crisis, its impact is not going to be that significant. Having said that, it would be ludicrous to overlook certain facts. UK is the third-largest inward investor to India, with cumulative FDI equity investments of USD 22.7 billion for 2000-2015.

With pound hitting a 30-year low, all outbound FDI from India to UK could face a bigger immediate challenge. About 800 Indian companies today operate in the UK and the IT companies form a major chunk of them. India’s Tata Group owns 19 companies in the UK; telecom firm Bharti Airtel has a huge investment in Britain, outsourcing company Wipro also has got a significance presence in that country. The software and services industry derive around 18% of its revenue from UK companies. These businesses could be impacted as UK slows down further, it will also lose its charm as the gateway to EU (European Union) and companies will have to reassess their business models and strategies to work with EU, while added compliance costs to be considered.

Top five Indian IT stocks have corrected by ~5% since the Brexit vote in the UK, reflecting the likely near-term impact on region specific demand from a European macro slowdown.

Britain’s divorce from the EU) market would have repercussions on the exports for India and again, it means revisiting of trade policies, regulations within EU and in Britain for doing businesses.

During Prime Minister Narendra Modi’s visit to UK last year, he referred to Britain as an entry point and a gateway for the EU for many Indian companies. But now cherry-picking the right gateway would be another uphill task.

Any global development of such magnitude always has a contagion impact all over the world, but the fact is it also tests our immunity to fight with a wayward situation. Post global financial crisis, a slew of steps from the government and the apex bank helped us to come out of the woods. And now, the need of the hour is to again resort to a line of reforms and not to get claustrophobic because of global cues.

Liberalisation of  FDI rules by throwing open food retail, airlines and private security firms to higher investment from overseas, or putting about 2300 MHz for spectrum sale are some of the steps taken in the right direction to put the cog in the country’s growth wheel. In fact, 7th pay commission hikes and easing of monetary and fiscal policies are some moves that would help us to stay afloat and make the country stronger.

And the silver lining for India with respect to Brexit could be, as Britain visits to its roots to put things in order, IT spending may pause in the near term. On the other hand, tech spending from banks is expected to increase over the next 1-3 years driven by digital technologies and IT systems for changing regulatory requirements. Moreover, as China grapples with its slowdown, India may use this opportunity to emerge as an important global financial powerhouse in the near future. India today is one of the fastest growing economies and for reaching that feat it just need to overcome some of its Achilles heels, mainly infrastructure and gender gap.

And as somebody rightly said: “Adversity has the effect of eliciting talents which, in prosperous circumstances would have lain dormant.”