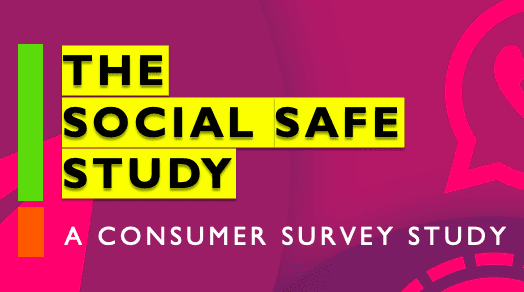 Gurugram, 29 Jan 2021: Amidst the raging controversy over the recently updated WhatsApp Privacy Policy announcement, Indians are reconsidering their WhatsApp usage, with some even contemplating to leave WhatsApp post-implementation of the new Terms of Service. As per new research by CyberMedia Research (CMR), 76% of those surveyed are aware of the new WhatsApp Privacy Policy. An overwhelming 79% are reconsidering using WhatsApp, with 28% of those even planning to leave WhatsApp after implementation of its new policy in May 2021.

In response to the WhatsApp ‘take it or leave it policy’, consumers ascribed a range of emotions ranging from feeling angry (49%), to not trusting WhatsApp ever again (45%), to feeling a breach of trust (35%). A mere 10% of consumers remain indifferent to the new Policy announcement.

Commenting on the study findings, Satya Mohanty, Head- Industry Consulting Group (ICG), CMR, “When it comes to messaging with loved ones, or communicating with the world, WhatsApp has been the default choice. However, as our study findings point out, the current debate goes much beyond privacy oriented consumers, with some even contemplating stopping their WhatsApp usage, and considering alternatives, such as Telegram or Signal. Consumer preference is being driven by word of mouth, as well as by the array of features the platform offers.”

According to Prabhu Ram, Head- Industry Intelligence Group (IIG), CMR, “We are at the cusp of a potential seminal shift in consumer’s understanding and perspectives around privacy, security and most importantly, brand trust. For consumers, WhatsApp was their own, free and intimate messaging platform. As WhatsApp eventually moves into a much closer integration with the Facebook ecosystem from hereon, it risks an erosion in brand trust and brand loyalty – both key determinants for enduring competitive market advantage.”

As per the study results, 41% of those surveyed indicated planning to shift to Telegram, whereas 35% preferred Signal. Telegram scores over Signal in terms of awareness (55%) and actual usage (39%). Over the past one year, 37% of users have actually used Telegram, compared to a mere 10% for Signal, a rather nascent messaging app that is enjoying a spike in downloads in recent days.

“I believe the current shift in social networking-cum-messaging platforms is not transient. Driven by network effects, the emerging privacy-focused messaging alternatives can swiftly gain enduring traction. Our research points out that Telegram, in particular, has gained traction amongst users over the past year, much before the recent WhatsApp PR fiasco. While Signal has enjoyed a recent burst in its popularity, it has not been able to scale swiftly enough, and users have faced challenges with it, ” added Prabhu.

Here are some other major highlights from the Social Safe study: