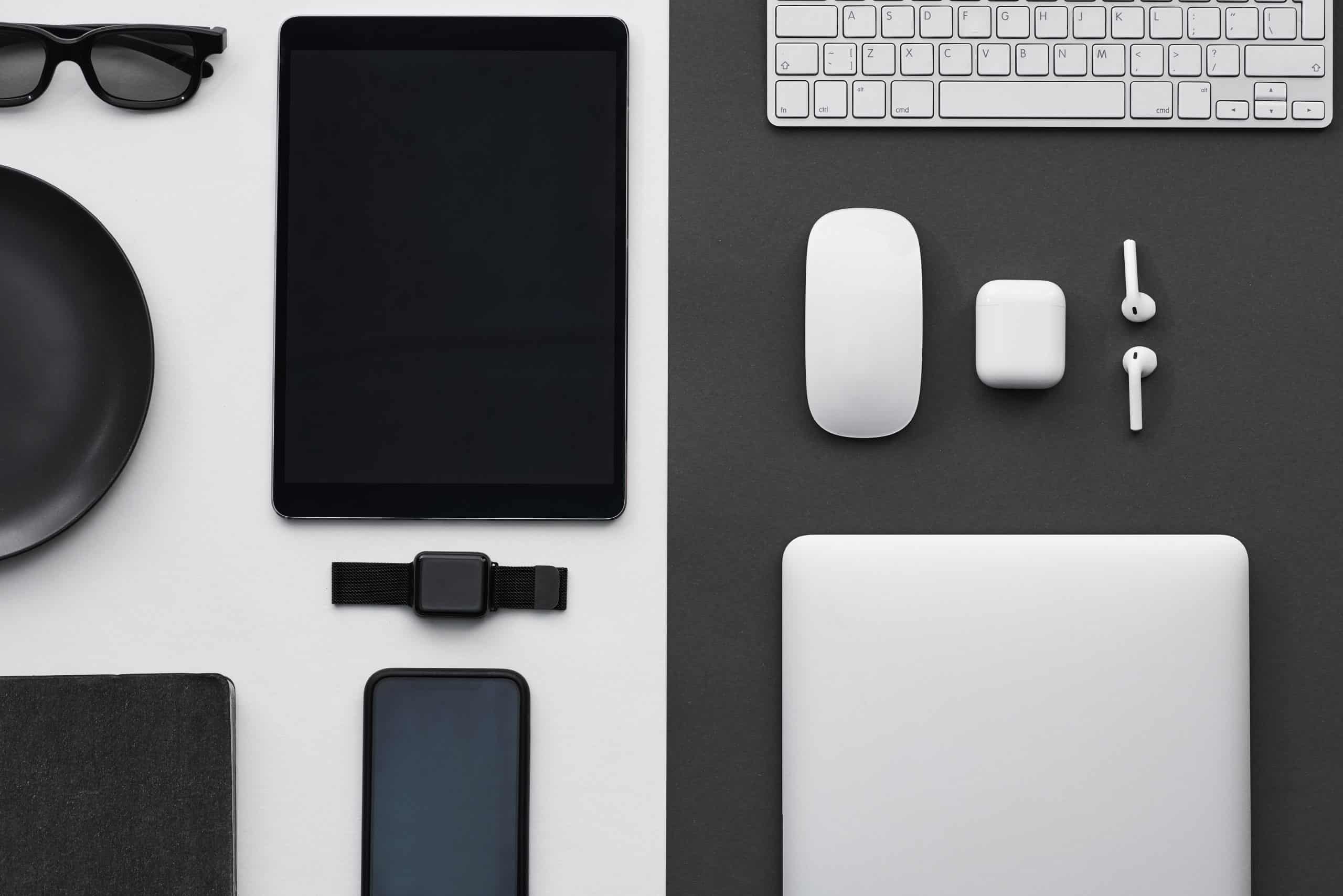 Gurugram, 25 Nov 2021: Through the course of the past two years, smart tech-enabled lifestyles have gained an impetus in India. Today’s consumers are increasingly adopting to smart consumer tech devices to connect, collaborate, control, shop or socialize from the confines of their home.

While many consumer technology brands have traditionally been operating in the market, with an array of tech products – from wearables to laptops, and, from air purifiers to robotic vaccums cleaners amongst others, the advent of Internet of Things (IoT) has opened up growth avenues for new market entrants, such as Smartphone OEMs.

Across an array of new consumer tech product segments, Smartphone OEMs are tapping emerging smart lifestyle opportunities with their Smartphone + IoT product portfolio. In doing so, they are competing against traditional consumer tech brands. It is in this context that CyberMedia Research (CMR) undertook the ‘CMR Connected Consumer Survey 2021’ to dive deeper into the psyche of the connected consumer, and map the play for smartphone brands  across an array of connected tech products and appliances.

According to Prabhu Ram, Head- Industry Intelligence Group (IIG), CyberMedia Research (CMR), “As technology becomes increasingly accessible, consumer lifestyles are getting increasingly reshaped and refined. Today’s connected consumers are yearning for more democratized tech lifestyle experiences. To satisfy this consumer need,  many smartphone brands have forayed into new consumer product segments. Of these, the smartphone brands that enjoy a strong brand salience amongst their users, are winning big on the consumer trust.”

Underpinning the consumer yearning for democratized and affordable consumer IoT tech experiences from smartphone brands is predominantly brand trust. As per consumers polled for the CMR survey, Realme enjoys the highest brand trust score of 55%, Samsung was placed second with 51%, while Apple was placed third with 49%. 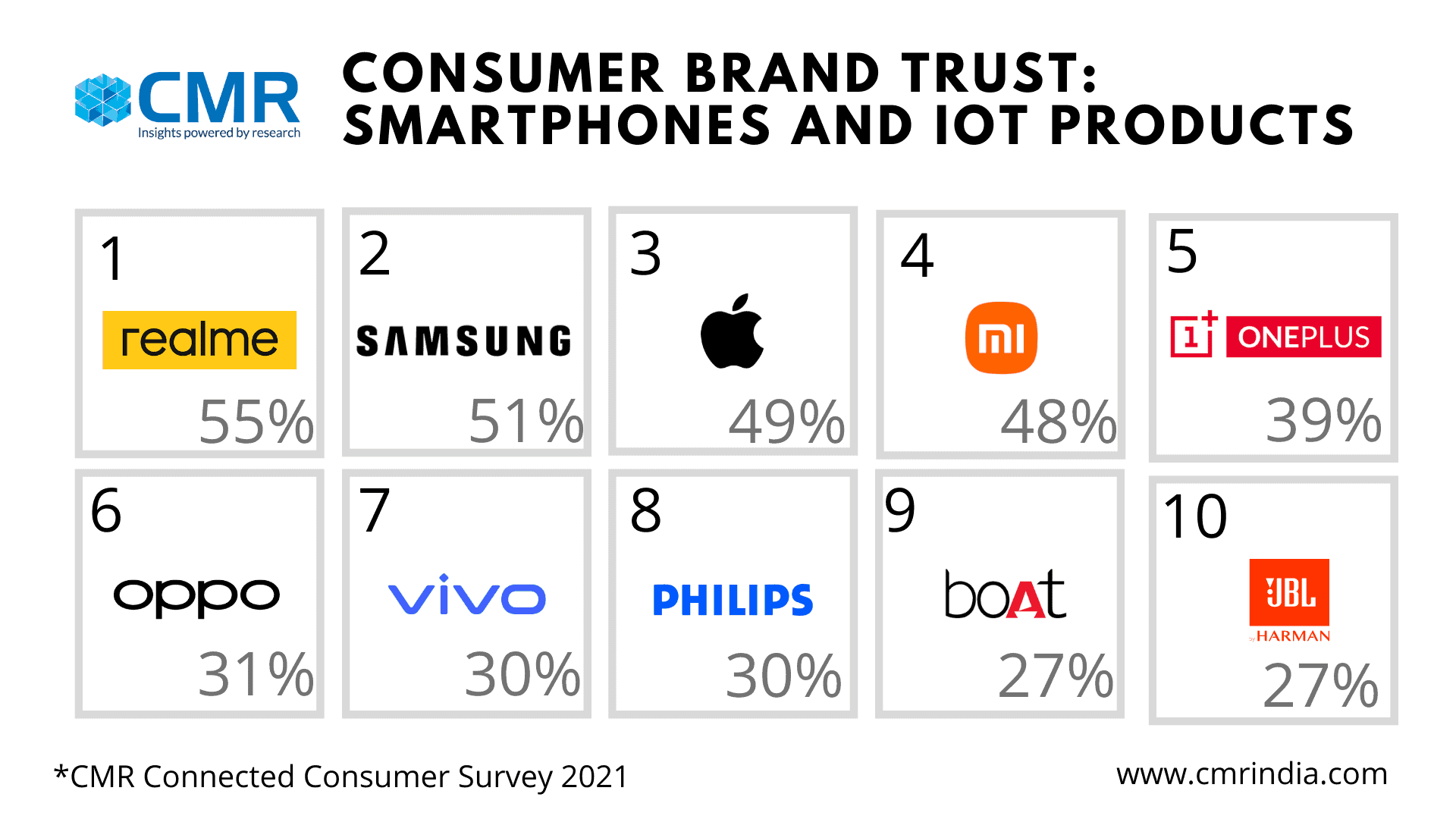 “Our research highlights that while some of the consumer product segments may have incumbent champion brands, a clear trend is of platform smartphone consumer tech companies gaining consumer trust, recommendation and preference. The high brand affinity and brand trust that some smartphone brands enjoy amongst consumers is translating into increased adoption of new consumer tech products from them,” added Satya Sundar Mohanty, Head- Industry Consulting Group (ICG), CyberMedia Research (CMR).

Here are some of the key study highlights:

For the purposes of this study, “smart devices” include smartphones, smart TVs, laptops, tablets, and other consumer appliances.