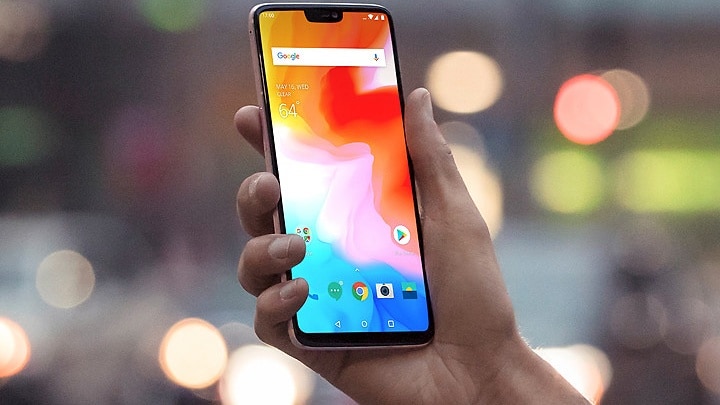 Since the time of its global launch on May 16, and the India launch on May 17, the OnePlus 6 has emerged as a runaway success. The OnePlus 6 secured approximately 3 million pre-launch ‘Notify Me’ registrations, beat the entire launch day sales record previously held by its predecessor OnePlus 5T within just 10 minutes of launch, and grossed the highest ever revenue on any single day on Amazon.

The OnePlus 6 is undoubtedly the finest Android smartphone out there today, with its incredible speed, and performance, topped with a gorgeous design and build. When it comes to the design, the OnePlus 6 is visually stunning and is, in fact, the best that OnePlus has come up with ever. The OnePlus 6 comes with top of the line specs, including 6.2in display, the latest Snapdragon 845 CPU with up to 8GB of RAM on board, and storage options that start at 64GB and top out at 256GB, alongwith upgraded dual 16MP and 20MP cameras. Coupled with that, it has the fastest and best charging on any device with its Dash Charger. 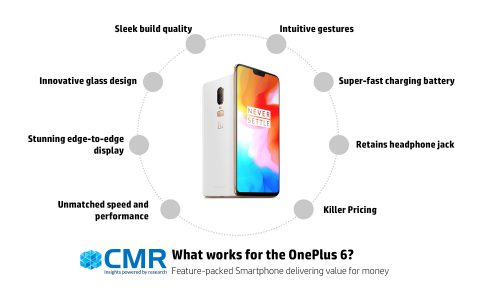 =-What explains the OnePlus phenomenon and its deft transition from a contender to a serious competitor in premium smartphone segment, all in less than four years? Also, what works for the OnePlus brand enabling it to beat the smartphone fatigue?

No easy answers yet.

The OnePlus has established a reputation of delighting its customers with flagship smartphones packed with the latest specs at a ridiculously unbelievable pricing.

From its inception, the OnePlus has built-up, and relied on the feedback of its large fan base in developing products for them. For today’s millennials that are dominant technology users, the OnePlus has a very native appeal with its clean build, and swift performance. Recent research at CMR has underlined that Millennials at an ‘always on’ workplace, look for speed and performance from their smartphones and hate slow and glitchy devices. The smartphones are centric to everything that Millennials do, and they look for sophistication and value for money in their devices.

The OnePlus success, perhaps then, boils down to its customer centricity, and the innate value that OnePlus invests in seeking user feedback and relying on the word of mouth to drive their brand recognition and in turn, their sales.

The OnePlus DNA revolves around a relentless pursuit for excellence and perfection. Each and every OnePlus, since the OnePlus 3, has focused on delivering exceptional specs at unbelievable pricing. Given its consistency in delivering timely updates, the OnePlus has continued to gain the trust of its users. With the OnePlus 6, the company has proved that it means business.

While smartphone cycles have become predictable, the OnePlus has carved a niche for itself amongst heavy flagships.

With its two flagship phones a year formula across every six months, the OnePlus keeps building on the success of its previous edition. Sandwiched in between the two flagships, OnePlus also releases limited edition smartphones. For instance, if it was the ‘OnePlus Red’ in 2017, the focus in 2018 is on ‘OnePlus Silky White’. Alongside, there is the limited OnePlus Avengers edition, a one-up from the Stars War edition of 2017.

Given that the smartphone market is commoditized with near universal similarlity in specs and components, the OnePlus is able to continuously break the clutter with its multiple launches, and for example, its focus on tangibles such as colors.

By doing so, the OnePlus is able to retain its loyal customer base, and is able to attract the attention of new users who are tired of other smartphone options in the market.  It is able to maintain a high demand and manage stock levels, by focusing on churning out new handsets through limited production runs throughout the year.

With the OnePlus 6, OnePlus has delivered yet another smartphone that delivers the features that users are looking for, steering clear of clutter and unneccessary gimmicks. The OnePlus brand succeeds with its commitment and sincere attention to the finer details of the OnePlus 6, whether it be in the meticulous design, unmatched responsiveness and performance, and one of the fastest charging batteries around.