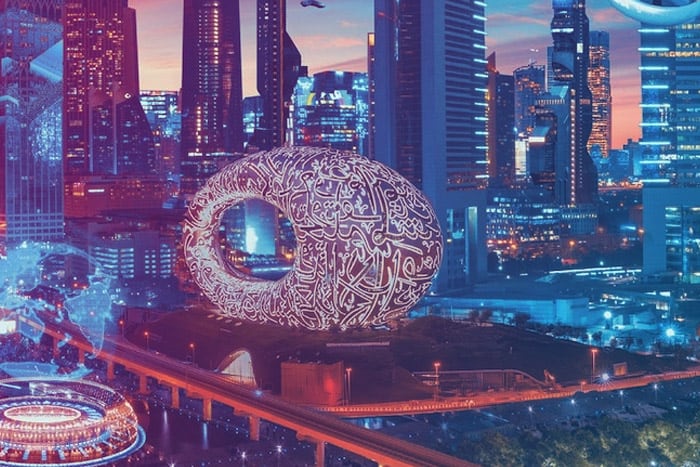 Dubai aims to be among the top 10 economies in Metaverse and is on track to achieve this goal. It has already attracted over 1,000 blockchains, and Metaverse companies and over 6,700 professionals are working on various technologies. The proposal is to support over 40,000 virtual jobs by 2030 and to grab a big piece of the Web3.0 and blockchain pie when it reaches a valuation of $80 billion by 2030.

Dubai has been working on a wireframe of the Metaverse. At a recent conference, the Dubai Metaverse Assembly, the UAE’s policy makers said the focus is to put humans first and to take care of security and privacy issues as the technology is still in its nascent stages.

Dubai has been offering incentives and investing in future capabilities to attract companies and required talent to develop its Metaverse ecosystem. The strategy is to use extended, augmented, digital twin, mixed, and virtual reality to improve human thinking with the aid of artificial intelligence, machine learning, IoT and real-time data.

It is predicted that the Metaverse economy will clock overall revenues of $5 trillion by 2030, with the market value of NFTs hitting $80 billion. Also, in-game purchases are expected to reach around $75 billion by that time.

Studies have shown that Roblox, one of the leading Metaverse communities, has seen a number of daily active users at 55 million.

Also, 59% of customers worldwide wanted to move at least one of their daily tasks to Metaverse.

Focused development is the way forward

UAE rulers said that they want to focus on innovation to take forward the Metaverse and knowledge-based economy.

“We want to add another economy to the world economy through Metaverse. But there are issues, like equity, privacy and security of individuals, that need to be addressed before a majority of the population comes on board Metaverse, triggering the economic growth,” they stated in a recent interview.

They expect Gen Z to spend more money and time on Metaverse, buying products, entertainment, games and more. To achieve this, digital technologies need to be developed where participants can don their digital avatars and go around Metaverses to take care of their various needs.

At the conference, the UAE’s Ministry of Economy announced the launch of its headquarters in Metaverse. It will enable an immersive experience for governments, corporations, and the public. Here, they said the minister and officials could meet representatives of other countries, hold discussions and sign deals.

His Excellency Omar bin Sultan Al Olama, Minister of State for Artificial Intelligence, Digital Economy and Remote Work Applications, said Dubai is serious about untapping the potential of Metaverse. “We are sowing the seeds now, so that we can reap the benefits in the future.”

The UAE’s population in the Metaverse is equal to the people of India and China, despite the emirate being smaller in geographical size. The UAE is working on a digital twin of Dubai to simulate the government’s plans for tourism, education, retail, real estate and government services in the virtual world.

“Till recently, we had the Gross Domestic Product (GDP). But soon, we will have the Gross Metaverse Product (GMT),” he predicted.