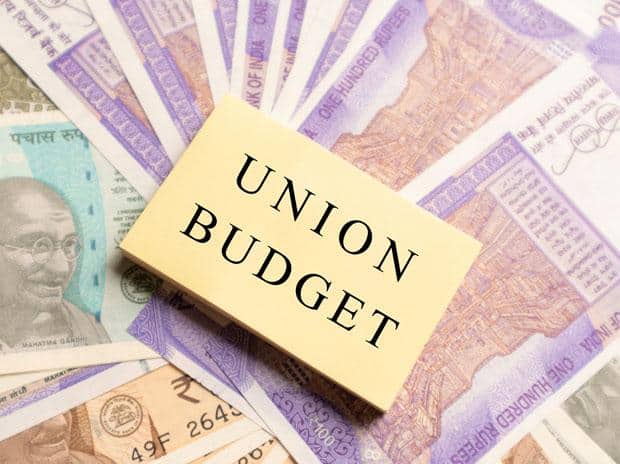 New Delhi/Gurugram, 30 Jan 2020: The Union Budget 2020 is going to be key from the perspective of the ongoing economic slowdown, lesser consumer spending as well as decline in GDP growth. It will be interesting to see how the Government tackles the challenges confronting the economy. From the perspective of ICT industry, the forthcoming Union Budget is crucial in ensuring India’s economy rebounds, or else, concerns abound on whether the current economic situation becomes even worse.

As per a new CMR ‘Pre-Budget 2020 ICT Tech Industry Sentiment Survey’, ICT industry anticipates a recovery from the ensuing economic slowdown in the year ahead, with growth stimulus (55%). Interestingly, 1 in 3 of those surveyed do not see a recovery in the near horizon.

The Pre-Budget 2020 Tech Industry Sentiment Survey is a comprehensive survey of 240 senior industry executives from the ICT industry, powered by CMR’s Insight On the Go platform.

“Current weak economic environment means that traditional sources of revenue, tax collections have not kept pace with budget estimates. The forthcoming Union Budget should focus towards raising investment and consumption levels, and in generating employment. This could largely be through the infrastructure development route entailing higher capital expenditure. If we can assign higher allocations towards capital (infrastructure) spending and the employment opportunities generated out of it will lead to higher consumption,” said Thomas George, President – CMR.

From the perspective of ICT industry, the Union Budget remains critical for turning around the India story and get the growth stimulus back. An overwhelming majority highlighted that the budget focus should be on enhanced spend on infrastructure and jobs creation. 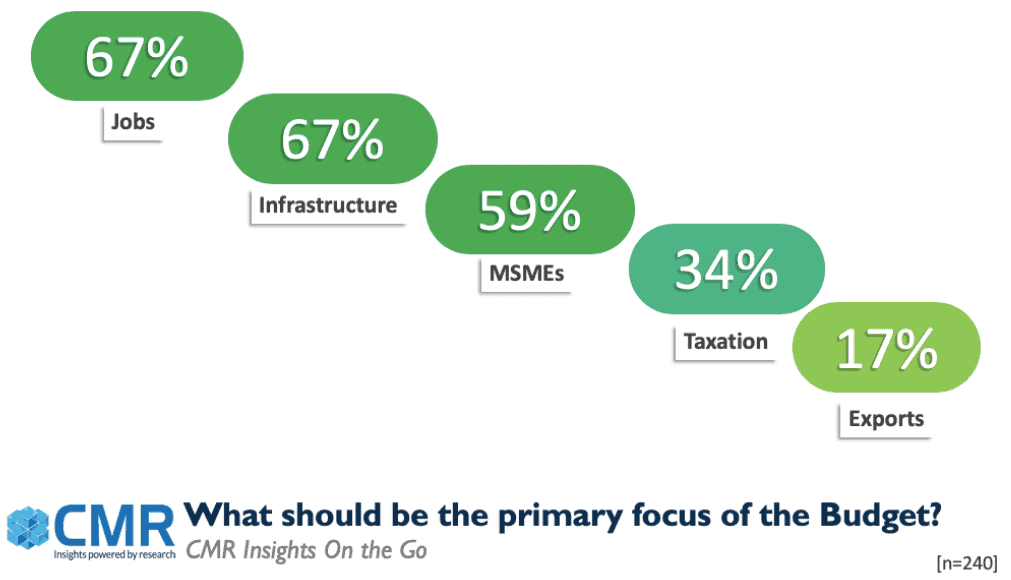 An overwhelming majority of those surveyed indicated that the Government should focus on generating revenues through new sources, and as such, should not drag feet on sick public-sector enterprises. 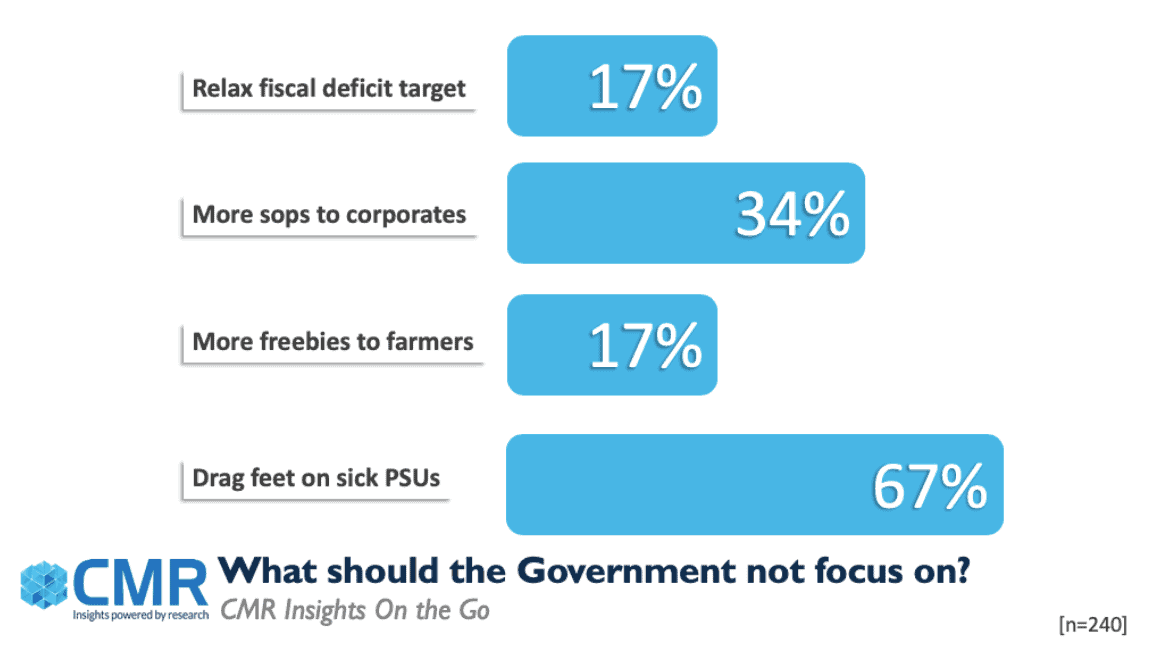 When posed the question about the likelihood of economic turnaround from the current slowdown, respondents were positive about a turnaround over the next twelve months.

However, 33% felt that a solution to the economic slowdown is not available in the near horizon. From the perspective of telecom industry participants, the Survey findings illustrate a keen expectation that the Government focus should be on bolstering mobile components manufacturing and enabling India to emerge as an exports hub.

According to Prabhu Ram, Head- Industry Intelligence Group, “The forthcoming Union Budget should focus on accelerating mobile components production, and increased value addition in India. The mobile handsets industry in India has been a resounding Make in India success story. If the Government is able to provide the required directional impetus to the handsets industry, India could catapult into an attractive global exports hub.”

The survey respondents highlighted that 5G offers a transformative opportunity for India to build, develop and leverage it for unlocking human potential, productivity and catalyzing rapid economic development. As such, the Union Budget should provide a healing touch for the stressed telecom sector.

“For India to realize its vision of a $5T economy by 2025, the telecom sector remains absolutely pivotal. As such, the forthcoming Union Budget must provide the requisite impetus for the telecom industry, by resolving key bottlenecks and barriers, and enable industry participants with scripting India’s 5G story with homegrown intellectual property, innovations and design-led manufacturing,” added Prabhu.