Going Social for Clinical Trial Recruitments? Are we there yet? 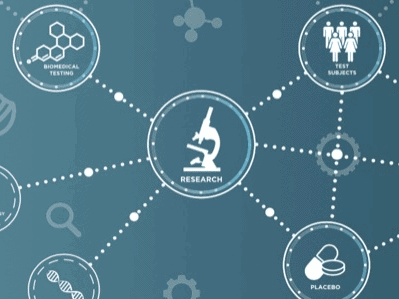 Going Social for Clinical Trial Recruitments? Are we there yet?

While planning and conducting clinical trials, the biggest challenge that faces clinical trial recruiters is patient recruitment. To get participants onboard for clinical trials has, for long, remained a challenge. In recent times, social platforms have been suggested as a panacea for solving this hurdle, and getting enough volunteers on board.

So, is there an easy, definitive answer on leveraging social platforms for patient recruitment? Let me share with you two fairly recent anecdotes

Here is the first one:

Almost a year ago, Pfizer created waves by adopting a pioneering approach in Pharma’s history. It tried to recruit 600 patients in 10 states across the United States suffering from overactive bladder disorder for a REMOTE virtual trial. Pfizer wanted the recruits to use electronic diaries to record their experiences.

The idea was to make it patient-friendly by helping them avoiding travel to clinics during trial. For Pfizer, the adoption of such a radical idea was meant to translate into time savings, improved quality, more patient compliance, reduction in withdrawal rates and enabling real-time data collection.

The first-ever virtual clinical trial resulted in a setback, with Pfizer now looking to revisit its strategy with the aim to relaunch REMOTE in 2013.

So, how useful is it to go social for a patient recruitment trial? There is no easy answer.

It depends on the demographics that the trial is intended at, and the conditions which the trials target.

In the case of Pfizer’s experiment with REMOTE, the intended demographics suffering from overactive bladder disorder were elderly patients, not tuned into using internet like Generation Y.

We believe for all such trials that target the elderly, adopting a social approach may remain a problem.

Now, for the second anecdote:

Jeffrey W Britton is a neurologist with the Mayo Clinic. Recently, he tweeted that Facebook accounted for 70% of patients recruited for a study on Epilepsy Contraception. This was an approach that, according to him, provided a far greater reach and impact than other traditional ad methods deployed. Facebook does have information about its users, and it helps advertisers in getting a higher hit-rate by focusing on relevant target groups of interest to them.

At this point, it is interesting to note that some recent surveys indicate that patients use social media for information and communication rather than recruiting. While it is early days yet for social tools to go mainstream as far as patient recruitment is concerned, there are clear indications that this trend will rise in the long term.

This dovetails well into a new emerging megatrend of evolution of a heterogeneous social media into distinct homogenous collaboration platforms.

It is important to use social media platforms not just as a marketing channel, rather as a platform to engage with stakeholder communities and to start having smart conversations with them.

Corengi, a Seattle-based start-up, aims to bridge the gap for Type II Diabetes patient recruitment by bringing and connecting on a platform, potential participants with Type II diabetes, and companies looking for such participants. Corengi has developed a widget that is embedded on many diabetes portals, making meaningful conversations possible amongst communities.

The underlying message that emerges is that while it is still early days, it pays for companies to invest in social collaboration platforms. The key will be to stop thinking of social networks as just another tool for marketing. Social platforms are evolving daily, and the future belongs to intelligent personalized care.