India sells 3.11 million Tablets in 2012 with 1.09 million shipped in the October-December quarter alone 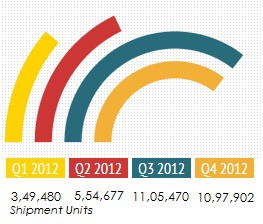 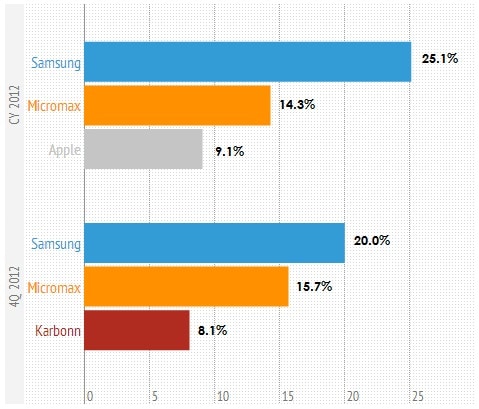 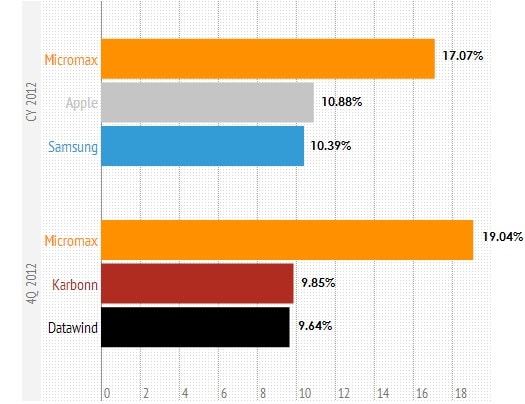 Notes to Editors:
About CMR
Notes to Editors:
1)       This release is a part of the CyberMedia Research (CMR) Smart Mobility Market Programme.
2)       CMR uses the term “shipments” to describe the number of Media Tablets (Tablet PCs) leaving the factory premises for OEM sales or stocking by distributors and retailers. For the convenience of media, the term ‘shipments’ has been replaced by ‘sales’ in the press release, but this reflects the market size in terms of units of Tablets and not their absolute value. In the case of Tablets imported into the country it represents the number leaving the first warehouse to OEMs, distributors and retailers. CyberMedia Research does not track the number of Tablets brought on their person by individual passengers landing on Indian soil from overseas destinations or ‘grey market’ tablets. These are, therefore, not part of the CyberMedia Research numbers reported here.
3)       CyberMedia Research tracks shipments of Tablets of screen size 5″ and higher, starting 4Q (October-December) 2010.
4)       Starting January 2013, CMR will track and report two separate categories of devices – Tablets (7-inch and above screen size) and Phablets (5-inch and above).
5)       Since the ‘Phablet’ category of devices were introduced in the last quarter of 2011, the market standings for 2010 and 2011 will remain unchanged, even after revision of the CMR Tablet Device category definition, as explained above.
About CMR