Kerala – A Biotechnology Roadmap to the Future 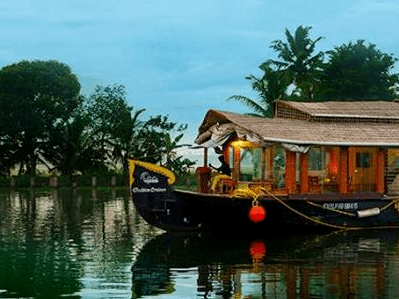 Kerala – A Biotechnology Roadmap to the Future

Kerala is one of the fastest growing States in India, possessing a huge competitive advantage in terms of its strategic location and proximity to Middle-East and the Far-East, with a good basic infrastructure, and availability of a large population of skilled and educated human resources. The State contributes 4.0 percent to India’s GDP while it has only 2.7 percent of India’s population.

Traditionally, Kerala has been known for its strengths in diverse sectors such as spices, fisheries, agro-food processing among others. The State has been a major processor of various agricultural products such as spices, cashews, coconuts, etc. In addition, Kerala is a major producer of spices accounting for over 97.0 percent of country’s pepper production.

Having a good healthcare infrastructure and enhanced connectivity through its Greenfield airports across the State, Kerala represents an immense health tourism opportunity awaiting to be tapped. Kerala is home to alternative medicine and traditional wellness therapies. There have been some nascent steps taken by the Government, such as Seethalayam, focusing on women’s aid and healthcare through homeopathy, and upgradation and augmentation of quality infrastructure for ayurveda and natural medicine.

The Kerala Biotech Commission is planning a biotech roadmap that will see a series of initiatives focused on promoting greater interaction between the academia and the industry, and aimed at upgrading skilled resources through capacity building and promotion of industry-linkages for biotech research scholars.

In addition to novel, value-added research themes, Kerala should shore-up its focus on traditional basic research. Industrial entomology presents a big opportunity as Kerala already has the research strengths in the form of infrastructure and skilled resources.

Food Biotechnology in the form of value-added biotech products, and Medical tourism focused on Ayurveda represents a big opportunity for Kerala. In addition, Kerala possesses strengths in both upstream and downstream research on biotechnology themes.

Some biotechnology themes of relevance to Kerala include the following:

What needs to be done now?

In order to position itself in the Biotechnology Sector and to make a mark on the biotech themes identified above, Kerala needs to take some action items on priority.

I.      Fostering Incubation and Promoting Entrepreneurship

Some of the critical challenges that inhibit adoption of incubation and entrepreneurship amongst youth are the limited experiences that they have in starting and managing a business, the absence or limited presence of supporting frameworks for incubation and very limited access to finance and mentorship. At the basic level, there is a lack of awareness about the opportunities of entrepreneurship among the youth. There is also limited awareness and focus on translational research at academic research labs in Kerala. Technological upgradation and a stress on translational research are required at the university level.

For fostering incubation and entrepreneurship, Kerala needs to take steps to foster:

Kerala needs to focus on creating awareness and advocacy for supporting promising young entrepreneurs through various awareness tools, both online and offline, in the form of roadshows and publication of best practices and success stories.  This will, in the long run, help in development of standardized tools and customized training for entrepreneurs.

Lastly, linkages need to be created with stakeholders and organizations worldwide engaged in innovation, incubation and entrepreneurship through various tools, including social media.

There is a need to foster platforms that will enable private and public R&D partnerships in both upstream and downstream research. This will include efforts to develop cold infrastructure for marine biotechnology, including the development of storage facilities and cold-chains. It can be noted that there are tremendous opportunities for value-added contract farming to boost traditional agriculture. The medical tourism industry, for instance, can benefit immensely from awareness of the need for adherence to standardization and accreditation.

In addition, there has to be a concentrated move to establish new centers of research excellence and incubation centers in Kerala beyond those established in Kochi and Thiruvananthapuram. There is a need to foster creation of niche biotech research parks in Palakkad, Thrissur and Malappuram among other cities. Such niche specialized parks would help strengthen intake of quality new human resources as well as leverage the local strengths in which the parks operate.