With Major Knock Offs, Rising Competition, Indian Mobile Handset Market Heads To Create a ‘Do Or Die’ Moment In 2017 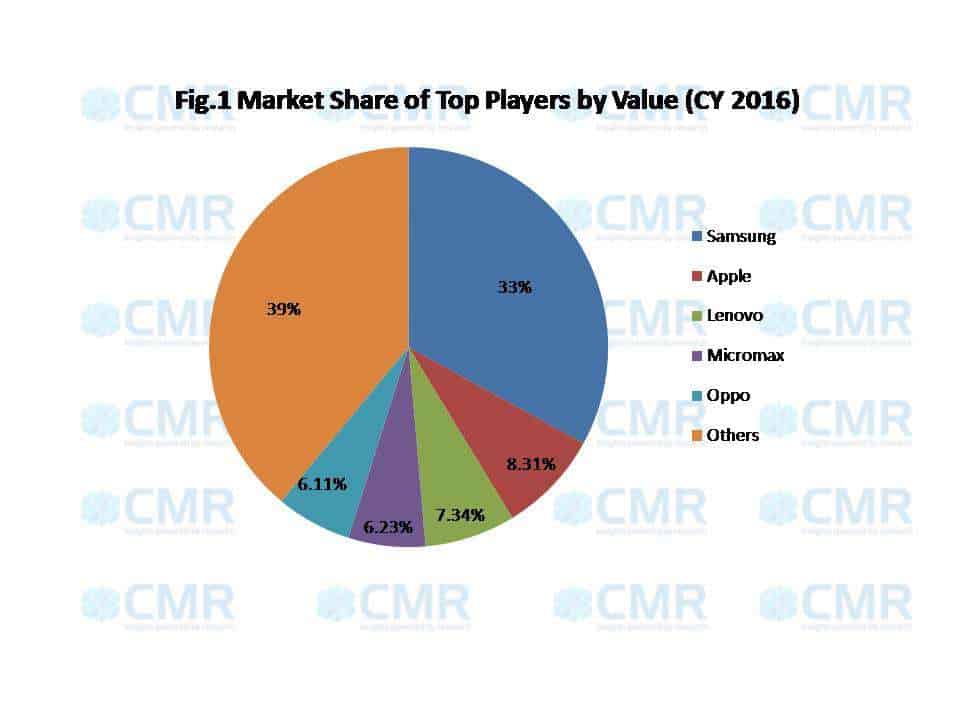 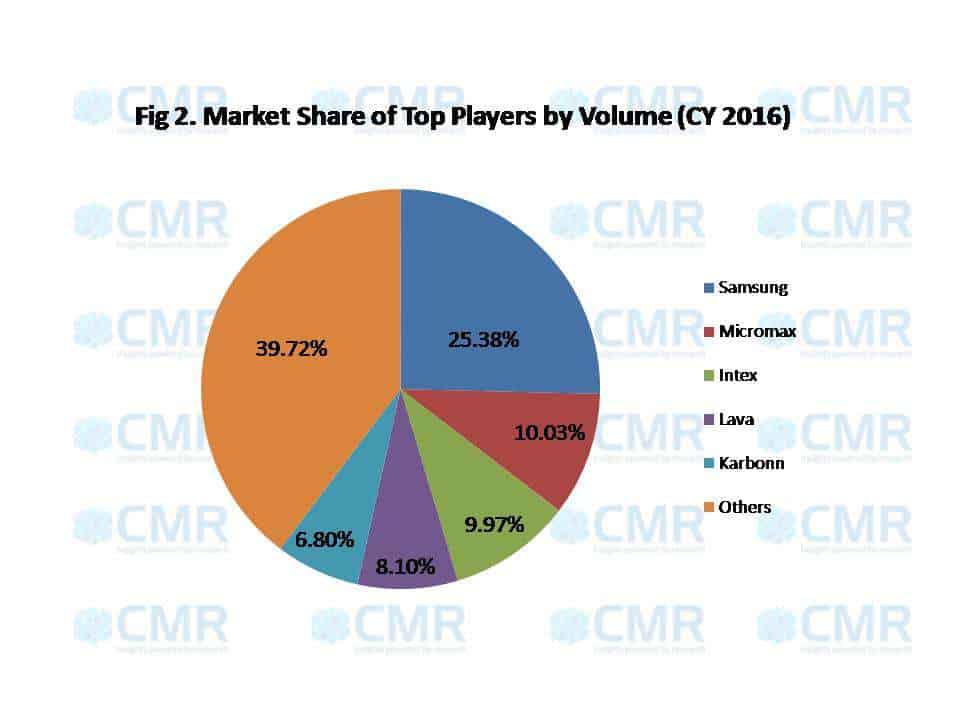 Scope of Feature Phones: CMR predicts that this year, the buzz would be around making the feature phones smarter with upgraded cameras and introduction of new features. The 4G-capable feature phone is, however, going to cannibalize the below INR 5K Smartphone market.

Although, the revenues from feature phones constitute a very small chunk of around 14%, in terms of volume they hold about 57% of the market. Overall, there’s a scope to play around feature phones and brands like itel, Zen and Ziox would get aggressive in this space.

Technology: In terms of technology, 4G is going to be synonyms to smartphones. Feature phones would be here to support the voice-centric market. In CY 2016, 4G constituted about 69% of total smartphone shipments, while 3G was 29%. In CY 2017, 4G is all set to cover near 100% of Smartphones.

China vs India Vendors: The war between MILK (Micromax, Intex, Lava, Karbonn) and LOVE (Lenovo, Oppo, Vivo and Xiaomi) brands is going to be aggressive.

In CY 2016, in terms of volume the total market share of MILK brands stood at 35%, while for LOVE it was at 10%. However, in terms of value, LOVE brands managed to beat MILK, with the combined revenue of former standing at 22% as against 17% of latter.

Indian brands need to brace themselves up for a terrific war against the Chinese players.

Price Bands: The Indian players would look forward to INR 6K-INR 10K Smartphone market, where they will primarily fight it out with  Xiaomi and Lenovo, having wide portfolio in this segment as well.

The INR 5K-10K market is going to see some new specs and upgrades.

In the premium segment, new models of Samsung, Apple and OnePlus would be worth to watch. 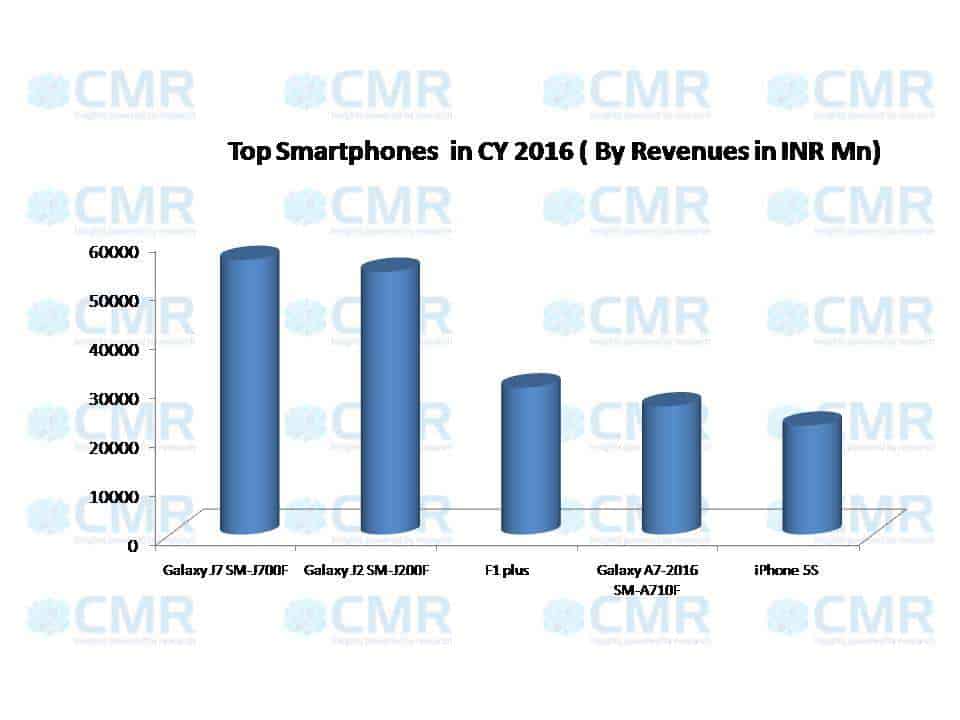 Domestic vs Imports: ‘Make in India’ has provided the right impetus to the mobile manufacturing in the country. Today, about 66% of the total shipments are domestic manufacturing, in 2017, the share would touch 90%.

Conclusion: CMR believes, in 2017, there would be major knock offs and the industry will see consolidation. 2017 is going to be a disruptive year as vendors come out with their unique propositions such as more RAM, higher battery capacities, among others. The re-entry of Nokia in Smartphones and exits of smaller players will be some of the important factors driving the Indian Mobile Handset Market.