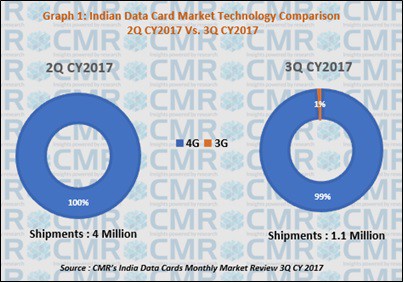 “July 2017 witnessed comparatively lesser shipments of data cards due to GST impact along with clearing the stocks from previous quarters. August and September 2017 saw an upward trend in the sales because of the offers floated during the festive season,”stated Shipra Sinha Lead Analyst, Industry Intelligence and Channels Research Practices, CyberMedia Research. 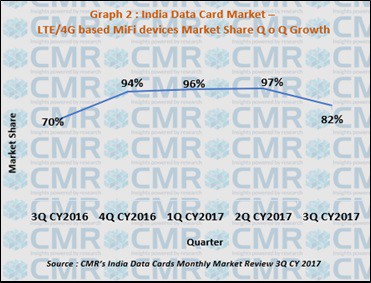 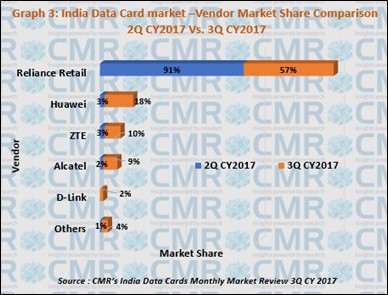 Reliance Retail’s model JMR 1140 was the fastest moving model followed by its JDR 740 on second position and Huawei’s E5573CS-609 on third spot.

“LTE/4G based MiFi devices capability to provide superfast and uninterrupted internet, its cost effectiveness, in-built battery, and multiple user support will contribute to its leadership position. The rising acceptance of Mi-Fi’s, primarily driven by Reliance Retail in Tier II and Tier III cities will make way for this device to expand to major parts of India. Fourth quarter is expected to be slow mainly because of the end of all the major festivals and their offers. However, if Reliance Retail continues to push its MiFi models at attractive discounted rates, we will see an upstick in the sales,” Shipra concluded.