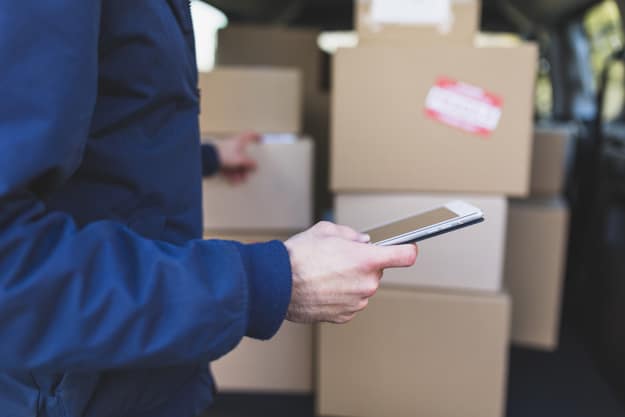 New Delhi/Gurugram, 05 Nov 2020: The India smartphone shipments rebounded, and reached highest-ever levels with 14% YoY in Q3 2020, according to the latest research from CMR Mobile Handset Market Review Report for Q3 2020. Samsung dethroned Xiaomi and emerged as the No.1 Smartphone brand, and No. 1 Mobile Brand.

According to Amit Sharma, Analyst-Industry Intelligence Group (IIG), CMR, said,
“As India looks at emerging from the pandemic, the smartphone continues to be key to human lives, whether it be work from home and learning from home. In Q3 2020, the smartphone market offset the ongoing pandemic-related challenges in H1 2020 and grew handsomely.  Across price bands, smartphone brands unveiled competitively priced strong offerings. We estimate the smartphone demand to outstrip other product categories during the festive climate, despite cautious discretionary spending being low.”

“During Q3 2020, the eCommerce Platforms increased their reach across India, by tying up with local stores. Consumers from Aspirational India, including Tier-II and Tier-III cities and towns, including first-time ecommerce shoppers, looked at shopping online, aided by the option to shop in vernacular languages. We anticipate online to drive >70% of the overall sales this festive season,”
added Shipra Sinha, Analyst-Industry Intelligence Group (IIG), CMR. 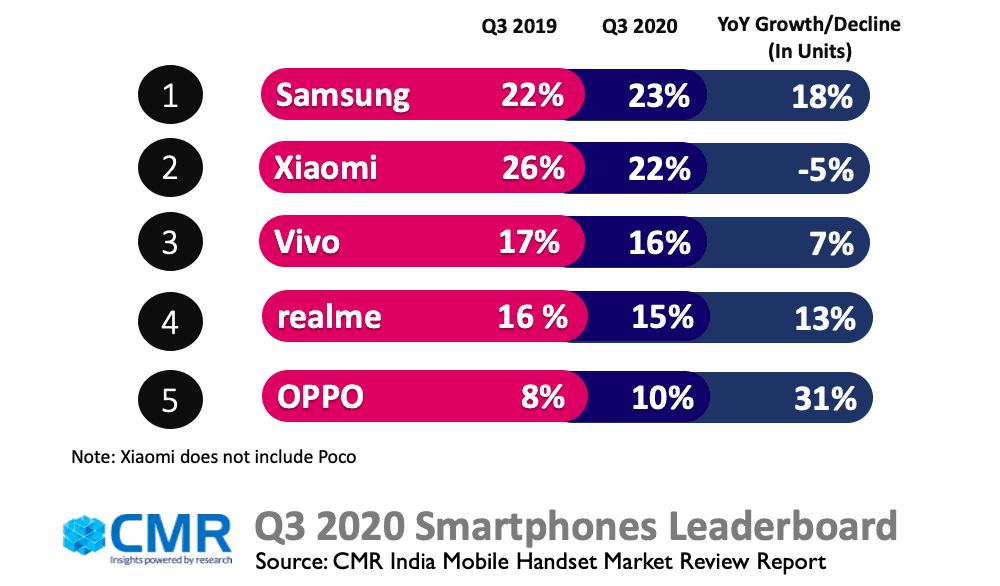 The 5G smartphone segment grew significantly, from a small base, by almost 500% QoQ with the launch of OnePlus Nord.

While the smartphone market registered double-digit growth YoY, the overall feature phone grew marginally by 2% YoY. This is primarily because consumers at the bottom of the pyramid continue to be sharply affected by the pandemic. 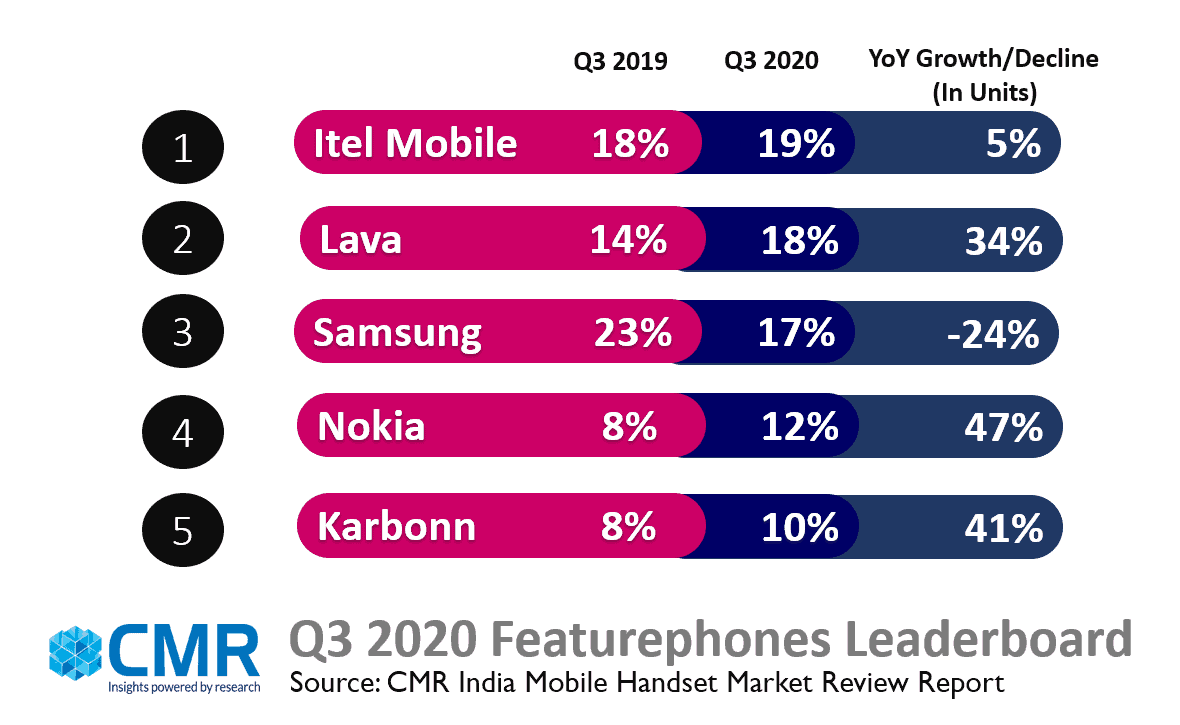 Xiaomi dropped down to second position with its shipments declining by 5% YoY on account of COVID-19 restrictions and supply chain issues. Many new models including Redmi 9i, 9A, 9 Prime. Redmi 8A Dual, Redmi 8 and Redmi Note 9 were launched which contributed to almost half of its overall shipments.

Poco launched Poco M2, Poco M2 Pro and X3. With the launch of its budget phone, Poco C3 in Q4, Poco will aim to capture a significant market share.

Vivo stood at the 3rd position, its shipments grew by 7% YoY driven by its V and Y series. However, its QoQ share was flat at 16%. The vivo Y91i, Y30 along with newly released vivo Y20 series contributed to more 50% of its overall shipments.

realme shipments grew by 13% YoY mostly driven by the realme C series, including the realme C11, realme C6, realme 5i and realme C3, along with newly launched Realme 7 contributing 50% of its sales. It also launched a plethora of new budget offerings Narzo 20 series and 7 series.

OPPO grew 31% YoY. It launched A52 targeted for Value for Money segments alongside its budget models A11K and A12. In the premium segment, OPPO achieved a YoY growth of 135% on the back of Reno series.

OnePlus grew at 104% YoY. During Q3, it introduced its affordable 5G smartphones in Q3, with the OnePlus Nord series doing phenomenally well. Alongside, the OnePlus 8 and OnePlus 8 Pro accounted 16% of its Q3 shipments. OnePlus contributed three fourths of all 5G shipments in Q3 2020.

Apple shipments grew remarkably by 67% YoY. It saw its highest quarterly shipments and captured 7th position in the top ten leaderboard on the back of the good demand for iPhone SE 2020 and iPhone 11. Both the models together contributed 91% of its shipments in Q3 2020. On the heels of the iPhone 12 launch, Apple is on track to have its best year yet.

“As the economy opens up further, we believe offline sales will pick up steam in the coming quarters. That said, online will continue to drive smartphone sale volumes. The nascent digital economy in India would continue to grow further in the post-pandemic era.  For the smartphone industry, this posits a greater opportunity to grow into new pockets of growth. If a smartphone brand is able to offer good value proposition and brand trust, it will be potentially positioned for growth,” Amit Sharma added.