“Historically dominated by wired systems, Machine to Machine communications are now witnessing a shift towards wireless based communication systems.  The demand for remote monitoring & controlling of various devices that are deployed in the areas of Automotive, Logistics, Utilities, Banking, Retail, etc., have catalyzed the growth of machine to machine market in India”, stated Anirban Banerjee, Associate Vice President, Research and Advisory Services, CyberMedia Research.

Machine to Machine communication uses modules to transmit the information from one device to another. These modules capture the information of ongoing events and send the same for monitoring either via short range frequencies, cellular or satellite networks.  Based on the communication medium these modules can be classified as short range modules, cellular modules and satellite modules. 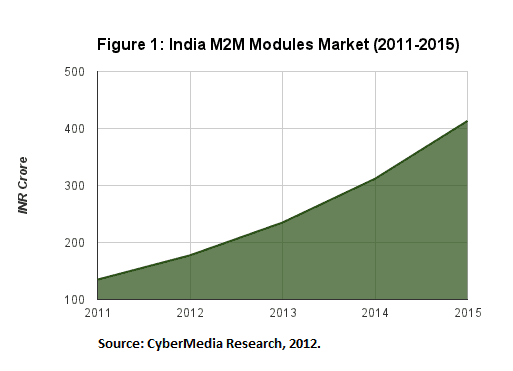 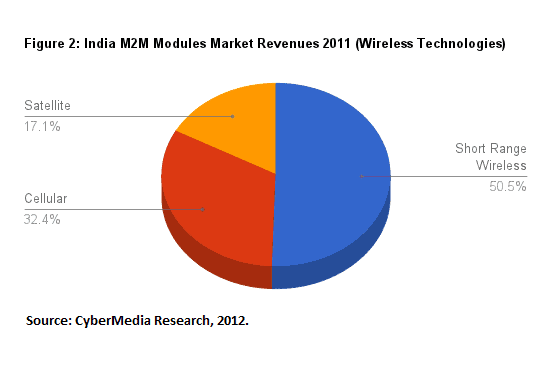 According to Faisal Kawoosa, Lead Analyst, CyberMedia Research Semiconductor & Electronics Practice, “Though market is dominated by short range modules, we expect a shift towards cellular and satellite M2M modules in the coming years.  Primarily, it will be cellular M2M module which is expected to emerge as the market leader. At present, 2G/2.5G based cellular modules are popular in Indian market, however with the launch of 3G in 2010, the market for 3G based modules is expected to pick momentum in the coming years.”

“As the voice market gets saturated and telecom operators are exploring new business avenues the market for cellular M2M modules is expected to gain significant interest from telecom operators. Apart from this, well established telecom infrastructure is also expected to pull this market towards growth”, pointed out Faisal.

Rajat Kharbanda, Analyst, CyberMedia Research Semiconductor & Electronics Practice added, “M2M is poised to be the next happening thing across the globe covering almost all the major industry verticals.  As our expectations from automation increase, we want devices to be ‘intelligent’, ‘smart’ and ‘self-reliant’.  For these purposes, the devices need to have logic-sense that takes actions based on the interaction with the other elements in its environment.  This is possible only when they are connected to share.”

“M2M modules are deployed in devices, machines and gadgets across all major industrial verticals such as Automotive, Transport & Logistics, Utilities, Banking & Financial, Retail and Healthcare.  With context to Indiamarket Automotive, Transport & Logistics industries lead in terms of M2M adoption. However, we expect Utilities to drive future market growth as the Government of India is increasingly taking serious initiatives to deploy smart energy meters to address the concern of increasing power theft and round-the-clock monitoring of power supply,” concludes Rajat.

Prominent M2M module vendors worldwide include Sierra Wireless, Gemalto (with the acquisition of Cinterion), Telit and SimCom.  All of these are shipping modules in the Indian geography for different application uses.