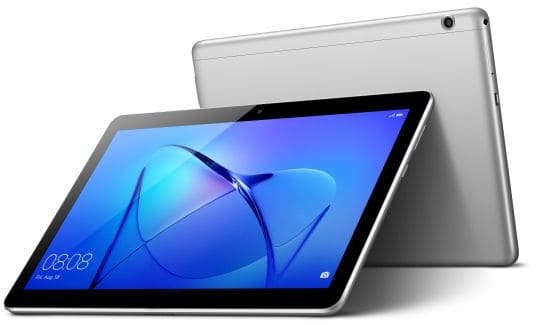 New Delhi/Gurugram, 25th  Feb 2019: India’s Tablet PC Market witnessed 3% decline in CY2018 compared to CY2017, according to CMR’s Tablet PC Market Report Review for CY2018.  While the 4G Tablet Market continues to grow, it is also facing potential threat from the rise of new form factors, such as Foldable devices.

The tablet market currently is being dominated by Lenovo, Samsung, and iBall.

“Lenovo’s growth can be attributed to its strong B2B sales in CY2018. Lenovo continues to occupy the first position in overall tablet market, with most of its tablets being on 4G. Government Sector continues to be a major vertical for Lenovo,” stated Menka Kumari, Analyst, Industry Intelligence Group, CMR. 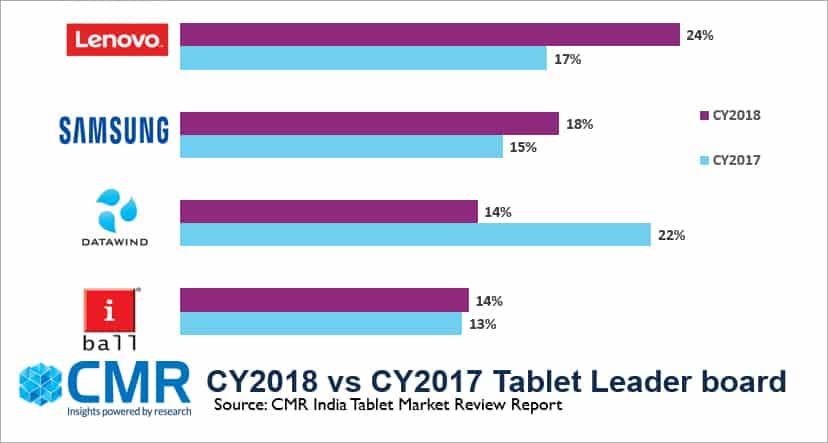 Samsung was in 2nd position and is competing with iBall in market. Samsung has more of the market in B2B and little bit of retail market. Samsung’s major success was in the INR 10K-12K price segments.

The market for Datawind continued to decline because of demonetization and high rate of GST as compared with smartphone in the last couple of quarters.

On the other hand, iBall had a major growth in Government, Educational, and BFSI segment. It also had maximum growth in 4G market. 7” tablet of iBall still predominates market. On the other side in retail market, iBall holds good position for the Indian tablet market.

In Q4 2018, Apple launched the iPad Pro with specs, such as ace ID and USB-C and replaced the lighting port.

“Enterprise Tablets will continue to contribute to market growth in verticals, including retail, healthcare, financial services, education, among others. Government will also continue to drive tablet adoption,” added Menka Kumari.