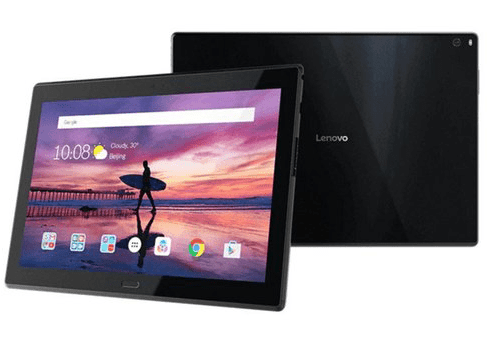 According to Kanika Jain, Manager, Client Device Research, Industry Intelligence Group (IIG), CMR, “During the course of 2019, the average sales value (ASV) for Tablets in India increased, indicating a latent demand from enterprise players for variants with higher-end spec. While Lenovo grew 28% YoY in 2019, all other Tablet brands saw their market share erode, with the notable exception of Apple.”

“Enterprise use cases are driving the tablet market forward, with 4G Tablets now dominating the India market. While we are currently witnessing 5G transition of the India smartphone market, owing to hypercompetitive smartphone players seeking to establish their tech leadership, it would be tough to imagine the first wave of 5G-enabled Tablets hitting the market anytime soon, before end 2020, or early 2021,” said Prabhu Ram, Head-Industry Intelligence Group, CMR.

Samsung launched several Tablets in 2019, including the Tab A 10.1, Tab A8.0, Tab S5e & S6. However, Samsung’s tablet shipments declined by 24% YoY. Across all the tablet launches from Samsung, the Tab A 10.1 was the most successful, accounting for a massive 32% share across the Samsung tablet portfolio.

iBall regained the third position for CY2019 with 14% market share and declined 17% YoY.

In CY2020, the tablet market is likely to start on a slower note. Given that Chinese OEMs control 40% of the Indian tablet market, the reliance on China would see a negative impact on overall tablet shipments. Though OEMs typically stock tablet inventories to tide over the Chinese New Year holidays, the Coronavirus outbreak-caused disruption has led to an extended closure. This, in turn, implies the chances for a potential dent in Tablet shipments in Q2 2020 of upto 6-8%.

“Traditionally, Q1 has been a slow quarter for the tablet market in India owing to the Chinese New Year holidays. However, with the coronavirus outbreak impacting manufacturing supply chain, we are, in effect, looking at an unexpected situation, wherein we believe, tablet shipments would see a further dip towards end of Q1, and more realistically in Q2 2020.” added Prabhu.

3. CyberMedia Research (CMR) uses the term ‘shipments’ to describe the number of Tablets leaving the factory premises for OEM sales or stocking by distributors and retailers. For the convenience of media, the term ‘shipments’ is sometimes replaced or used interchangeably with “sales” in the press release, but this reflects the market size in terms of units of Tablets and not their absolute value. In the case of Tablets imported into the country it represents the number leaving the first warehouse to OEMs, distributors and retailers. CyberMedia Research does not track the number of Tablets brought on their person by individual passengers landing on Indian soil from overseas destinations or ‘grey’ market Tablets (if any).

For queries, and more information on CMR’s Tablet Report, please contact Amit Sharma at +919650453646 or asharma@cmrindia.com

The launch of 5G capable smartphones with 4G capabilities as fallback, will attract early technology adopters who seek the best and latest devices, and travel a lot. The cost delta between 4G and 5G capable devices has narrowed, and such consumers will look at ‘future proofing’ their smartphone purchase.

Given the hyper-competitive nature of the smartphone market in India, smartphone brands are keen on establishing their technological leadership with 5G capable devices.

It is true that 5G technology will come into India towards end-2021 or 2022 rather, and at CMR, we believe, India will see 5G smartphone shipments to touch 144 million by 2025. The number of 5G capable devices will grow during this period, and actual 5G subscriptions will lag.