Premium Smartphones Segment to hit 5-million mark in CY2016; Apple to be a significant gainer

₹30,000 or above Smartphones accounted for 3.4% of the total shipments. 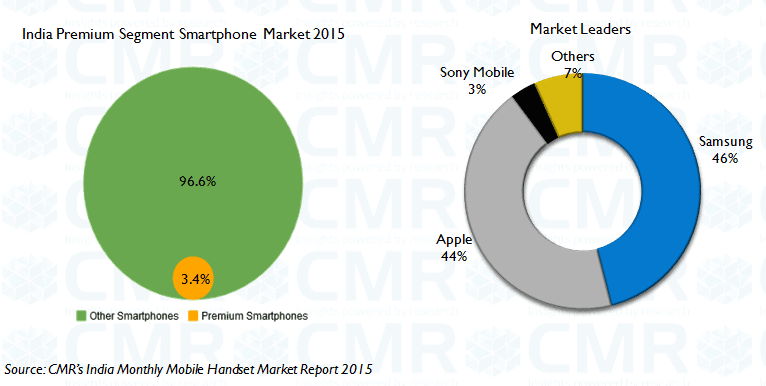 Commenting on the results, Faisal Kawoosa – Lead Analyst Telecoms, CMR, said, “This is an encouraging indicator that the premium segment is exhibiting such growth.  As the Indian market moves from a volume game to value market, premium segment becomes significant for the industry where you sell lesser units for higher value.”

“To mark the next level of growth, the India Mobile Handset brands need to leverage the premium segment as the units market shrinks,” Faisal added. 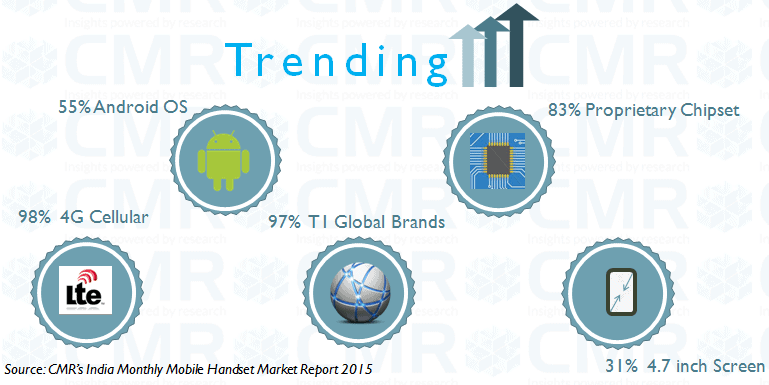 The research on the premium Smartphones further reveals that spending more might not necessarily result in getting the latest of the specifications.  For instance, across Operating Systems, merely 13% of the devices were shipped with the latest version of the operating system.

Krishna Mukherjee – Analyst Telecoms, CMR, said, “Unfortunately, so far none of the Indian brands have been able to establish itself in the premium segment.  While their focus continues to be the affordable price points of Smartphones, it is high time that they start foraying into the premium segment as well.”

“This is also going to affect the entire ecosystem.  For instance, once we see more of Indian as well as Chinese brands entering this space, the proportion of 3rd party Fabless chipset companies are going to rise considerably,” Krishna further added.

The premium Smartphone shipments are likely to touch 5-million mark in 2016 in India; although this will show a marginal contribution, 3.5-4% of the total Smartphones shipped.

Apple will benefit most from this growth owing to its strong positioning as a premium segment brand.  However, the recent launch of iPhoneSE will not be the centre-piece for Apple’s growth in India.  It would be challenging for Android to keep its supremacy in OS in this segment despite several vendors committed to it.  This will essentially amplify, if and when the Indian brands foray into the premium Smartphones category.

Google needs to develop a closed loop premium segment solution where it would be required to work very closely with the ODMs to have a microscopic detailing of the entire premium Smartphones–hardware, software and other elements.  For this, Google might also go with a premium brand extension of Android (say Android X), that would essentially focus on increasing the user experience and to primarily compete with Apple iOS.