In terms of technology, 4G/LTE data cards were the only contributor. However, this category witnessed 52% decline when compared to the 2Q CY2018 in terms of unit shipments. 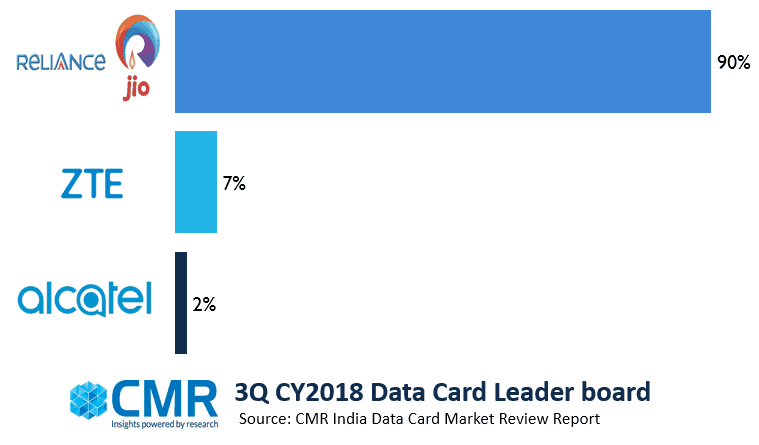 According to Shipra, “Rise in workforce mobility within the corporates and other sectors, continuous technology advancement and need of wireless connectivity in every aspect of life will act as a catalyst in the data card sales growth in near future. MiFi will continue its dominance because of its digital telephone services like voice/video call and ability to connect up to 32 users at a single go like features,”

“3Q CY2018 didn’t prove much fruitful for the data card sales despite lucrative offers during festive season hence, 2H CY2018 is expected to close at around 1.1 Mn. Major Brands must focus on enhancing the look and performance of their products at an attractive price along with better marketing strategy to improve the data card sales” Shipra concluded 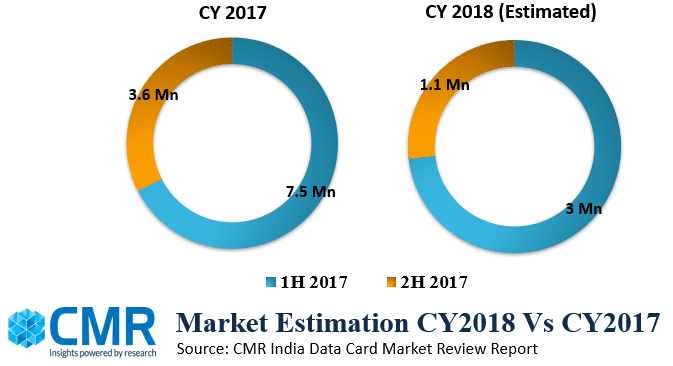