In the fourth quarter, the shipments recorded a 16% fall over the same period of CY 2015 on account of lukewarm sales. The total sales stood at 0.81 million in Q4 of 2016, compared to 0.97 million in the year-ago period. 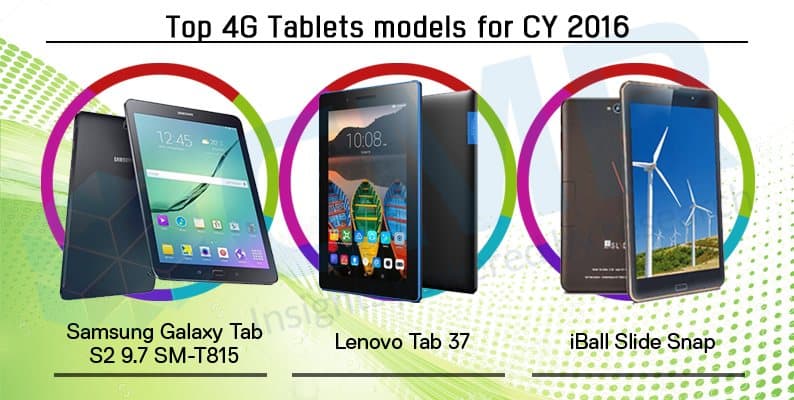 Commenting on the tablet market, Menka Kumari, Analyst at CMR, said, “Iris-enabled and biometric tablets will see a bigger uptake in CY 2017. Datawind will continue to enjoy number one position on the back of its expansion spree. The company is entering into strategic tie-ups with mom-and-pop stores to expand its reach. Overall, the market will see traction towards institutional and government sales.”

“The tablet market will emulate the strategy of mobile market, with data bundling turning out be aggressive this year. This will be an exciting factor for the overall tablets market, leading to improved sales,” she adds.

As the price band shifts from INR 5-INR 10K to sub INR 5K levels, the Indian tablet manufacturers will see this as an opportunity with a line of sub 5K products. The market is moving towards a consolidation phase and 2017 will see further shrinkage with only 6-7 serious players remaining in the list. We have seen about 40 players exiting the market in the past 3-4 years.

Unless the tablet industry comes out as a gateway for a particular solution, the turnaround would be difficult for the market. While smartphones are taking care of the masses, the tablets industry should cater to particular segments and customized their specs accordingly. For example, applied usage of tablets holds massive potential in retail, QSR, healthcare and for cab aggregators and, therefore, the vendors should come out with specified specs such as heavy batteries, to cater to the demand of that particular segment. In the absence of any such initiatives, the market would remain stagnant in CY 2017 too.

The services offered by CMR encompass industry verticals of Information Technology, Telecommunications, Electronics, Semiconductors, Life Sciences, and other emerging and overlapping technologies shaping our lives in offices as well as at homes. CMR is servicing domestic as well as international clientele in India and few global destinations. The clientele serviced represents SMBs, Large Enterprises, Associations and Government.