The Connected Camera: Is this new market segment ready to be born, just yet? 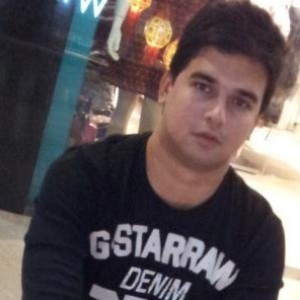 Every time I clicked a photo with my conventional digital camera, the first thing that struck me was that I had to connect my camera back to my PC to upload the photos and then login to a social networking site to post the same. So I decided to cut down that hassle, and started to use my mobile phone camera instead. I could share images or videos quickly and easily through any social networking site, using my smartphone.

Everything around the consumer electronics ecosystem is undergoing a fast change. Yet it was frustrating, and sometimes amusing, to find that the digital camera had lagged behind. Until recently, the digicam was getting slimmer, packing more megapixels and a variety of features to make photography easier for a larger number of users. However, as the average sales value (ASV) of the digicam continued to fall, vendors needed to innovate to a new form factor to be able to command a premium. Hence, the birth of the “Connected Camera”.

A “Connected Camera”, essentially a Samsung concept, is a hybrid between a digital camera and a smartphone. It provides users with the freedom to shoot pictures and videos and share them instantaneously through their favourite social networking sites, without the need to first connect to a PC. The device comes with a variety of Android apps, so users can access the web through apps, listen to music and upload images or videos directly through a Wi-Fi network or 3G/4G connectivity; users can also download new apps from Google Play.

Similarly, Nikon can be credited to be the first vendor to launch a camera based on a non-upgradeable Android 2.3 operating system and with only Wi-Fi connectivity. However, both the devices suffer from poor battery life.

Sounds interesting! Now the other side of the story; does the prevalent telecom infrastructure in a country like India allow for seamless connectivity?! The option to upload heavy files in a short span of time flies out of the window in India, given the current state of high speed broadband availability.

So, should the user go in for the evolved device? To address this issue, we tried to arrive at the opportunity cost of owning a connected camera – the table below shows a comparison between the Samsung Galaxy Camera, Samsung Galaxy Note, Sony Cybershot RX 100 and Samsung WB850F. All of them, except the last one, cost almost the same.

While reviewing the comparison, one is compelled to ask why should a user spend on a “connected camera”, when he / she has other options. Can the feature of “instant share” alone influence customers enough that the vendor can command a premium. Can the customer ignore the ground realities of limited connectivity, the added cost of data usage on 3G/4G or WiFi (assuming users have access via a home broadband connection)? Entry level DSLRs for enthusiast photographers are available at the same price point and ‘non-connected’ digicams are on offer at half the price. Moreover, the latest smartphones such as the Apple iPhone 5, the HTC One series, the Samsung Galaxy S III and the Samsung Galaxy Note II can all offer standard camera features at an incremental cost, but provide the luxury of carrying a single device.

From a user convenience viewpoint, the mobile phone is highly unlikely to be discarded as a personal accessory anytime soon. Additional features of powerful built-in camera of 8 MP or higher and photo edit apps are also in vogue and will continue to improve in the near future.

In conclusion, the “connected camera” adds yet another form factor to Samsung’s already impressive portfolio of connected digital devices, which helps create a “share 24×7” network of exclusive Samsung devices. While this is a commendable effort by Samsung in terms of generating inquisitive discussions around this category, it might take a little more time and innovation before this category starts to fly off the shelf! At least for now, and at least here in India.