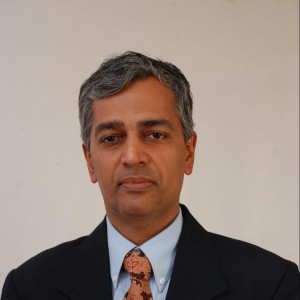 The key refrain at the Enterprise India Summit 2012 held at

New Delhi on March 16 was that managing countries, states and cities in a ‘smart’ way – using ICT solutions to provide better and more efficient services to residents is emerging as a large business opportunity with the rapid urbanization expected in the country in the years ahead. In fact, as per Bharat Exhibitions MD, Mr. Shashi Dharan, this ICT led enterprise solutions market is expected to be a Rs. 38,400 crore business opportunity by 2014 from its current size of Rs. 14,400 crore. Market size was estimated to be doubling every three or four years, driven primarily by the growth in urbanization, the roll-out of ‘smart’ ICT-enabled government and public utility services, and the active role being played by the private sector in developing residential estates, office infrastructure, healthcare and highway projects, often via the PPP route. This emerging scenario is important as India’s urban population is expected to touch 500 million, that is, about 45 per cent of the 1.2 billion population of the country, throwing up immense challenges for housing, transportation, municipal services, healthcare and educational services planners.

Pune has become the first city in India to appoint a CIO in Dr. Anupam Saraph.  This is an entirely new trend. “The purpose of the office is to create connections and collaborations in Pune that will result in shared information systems to continue to make Pune prosperous and highly liveable”, said Mr. Vijay Sethi, Vice President and CIO of Hero MotoCorp, speaking at the event. He further stressed that urbanization is one of the biggest trends today and to “transform our nation we need to transform our cities by making them ‘smarter’.”

In the smart city as in a smart organization ICT organises all services. “Residents would like to see their cities becoming prosperous and liveable, efficient, predictable and secure” Mr. Sethi added.  Delhi traffic police sending traffic alerts via SMS was one of the several benefits that smart organization of transport provides; others being a single common electronic ‘ticket’ valid across all public transportation modes in the Delhi NCR area that would enable passengers to change smoothly between bus, metro rail and suburban rail.

Smart organization of cities also enables information sharing between different public safety personnel like police, fire fighters, hospitals etc. to coordinate their help in times of emergency. By reducing response time of public safety officials, the city makes citizens feel safer in a smart environment. For instance, the New Delhi Municipal Corporation (NDMC) in 2,000 acres covered under its road and street survey project has placed on the GIS platform every visible asset including trees, manholes, street lamp posts etc. through a unique coding system that combines IT and mobile phones revealed the IT Director of NDMC, Mr. O. P. Mishra revealed at the conference. With this, it is now possible to carry out offsite real time monitoring of every municipal activity 24 x 7, leaving no room for ambiguity.  Benefits include, “comprehensive and consolidated reporting tool allowing single point access to the status of cleanliness of individual bins as well as circles as a whole”, Mr. Mishra pointed out giving an inside view of how the system was working at NDMC.

Mr. Vilakshan Jakhu, CIO and Senior Vice President, BPTP Ltd. described his experience in partnering with state-owned telco BSNL to put up a network covering a 2,000 acre mini township in Faridabad, on the outskirts of Delhi, to provide 100 Mbps broadband connectivity to residents.

How enterprise management in healthcare was making services affordable and efficient for patients also came out at the conference. Max Healthcare Institute CIO Dr. Neena Pahuja said that inter-departmental information exchange in a hospital amongst various stakeholders enabled a seamless experience to be delivered to patients via IT system integration and mobile communication. By improving business intelligence, it also helped new care strategies and plans to be implemented, thereby helping to lower costs for both hospital administrations and patients.

Guest speakers, Dr. Sandeep Kumar, Director, AIIMS Bhopal and Dr. G. K. Singh, Director, AIIMS Patna also added very interesting insights to the event. According to Dr. Kumar the six new AIIMS projects coming up at Bhopal, Bhubaneswar,Jodhpur, Patna, Raipur and Rishikesh were first planned in 2003, but work started only in 2009 under the Prime Minister’s Swathya Suraksha Yojana (PMSSY). Each institute is coming up on a campus of 100-150 acres and is expected to start intake for MBBS, MD and doctorate programmes beginning July 2012. Dr. Kumar brought humour to the conference by pointing out that ‘IT solutions’ were best positioned to compete with social campaigner, Anna Hazare, in making government and the process of governance ‘less corrupt’, and thereby more transparent and more accessible to the common citizen. He stressed on the need to use information and communications technologies imaginatively to bring for instance, a mobile-enabled doctor appointment system. Such a system would be of immediate relevance and a practical tool that would benefit residents of the hospital’s catchment areas, residing in small towns and villages that have poor public transport services and zero or nil patient transport services. Dr. Singh pointed out the magnitude of the healthcare sector opportunity, putting global healthcare spending at US$ 13 trillion in 2011. While India accounted for healthcare spending of only 2% of GDP by the government and another 5% by the private sector, the sector is estimated to be growing at an annual rate of 30% year-on-year.