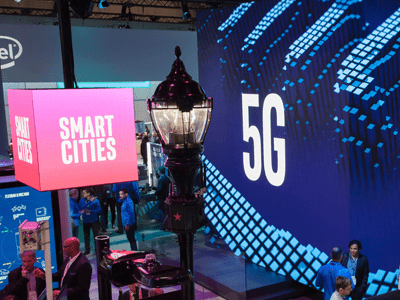 The Mobile World Congress 2018, the annual pilgrimage for the world’s leading and biggest smartphone manufacturers and other ecosystem players, is currently underway at Barcelona. Beyond the major flagships, some of the key trends at MWC included bezel-less displays, notchs, and rugged smartphones. Alongside, 5G and Appgets have predictably dominated the headlines at MWC.

Leading upto the MWC, Samsung dominated the headlines with its new flagship launches, and it did not disappoint. Many other smartphone brands pushed their launches to avoid a clash with Samsung. In CY2017, Samsung had a rough year in India, especially in 3Q and 4Q. Samsung lost its number 1 position to Xiaomi and LYF in the smartphone and feature phone segments. At the MWC, Samsung unveiled the Galaxy S9 and S9 Plus smartphones, redefining the camera experience with some interesting new features, including the super slo-mo, and the animoji, among others.

Nokia cornered all the laurels

In CY2017, Nokia shipped an estimated 5.2M feature phone units and 785K smartphone shipments in India, as per our estimates for the CMR India Mobile Handset Review. While Nokia aimed to win big on smartphones, it was the feature phones that have powered its growth.

At the MWC2018, of the five new offerings, three were Android One devices, one was the Android Oreo Go edition, and another was a reloaded 4G version of its iconic 8110 feature phone.

The premium Nokia 8 Sirocco would attract those undecided customers who are fatigued of Samsung and Apple flagships. The Nokia 7 Plus will pose competition to OnePlus 5T.

One of the themes that have dominated MWC this year is the 5G race. Many technology enablers, including Qualcomm, Huawei, Intel, Ericsson and others showcased their 5G offerings in anticipation of network rollout over the next two years.

Qualcomm continued its impressive 5G leadership with a string of new 5G announcements at the MWC, showcasing its strength and leadership in anticipation of deployment of commercial 5G networks and mobile devices in 2019.

Appgets continue to garner attention at the MWC.

With the advent of Apple HomePod, and Samsung’s Bixby Smart speaker expected to debut in second half of 2018, this year’s MWC has seen the foundations of the next generation voice interaction.  At the MWC, Google showcased its Google Assistant capabilities. The focus, going forward, would be on engaging and locking smartphone users into native voice assistant ecosystems. The success of voice assistant speakers would mean that Appgets will become mainstream over the long-term, rendering smartphone obsolete.

There will be many other appgets at MWC from leading players, as well as an array of upcoming companies and promising startups with a number of different use cases. At CMR, we anticipate Appgets to continue scaling up the technology cycle, and beginning to dominate over the next several years.

IoT is another key talking point that dominates technology shows over the last couple of years. This year, one can anticipate technology vendors showcasing IoT solutions and applications focused on sensors that utilize compute at the edge of the network to make everything smart.

At the MWC, Reliance Jio and Samsung Electronics announced their continued partnership towards the deployment of a nationwide cellular IoT network. The India-wide IoT network will enable a variety of consumer and enterprise use cases. Some of the key uses would include vehicle tracking, smart appliances, smart metering, security, surveillance and more.