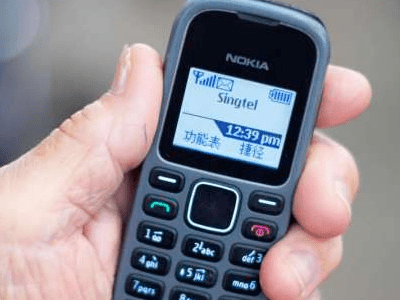 Just a decade ago, having a mobile phone was a luxury, but then market dynamics changed and the ubiquity of mobile phones became the talk-of-the-town.

Now, we are again at the cusp of a major transition–where 4G LTE phones are going to surpass 2G mobile phones, with 4G LTE handsets shipments recording 1,981% in 2015.

At the same time, the 2G mobile phones market has witnessed a southward movement in the past five years. Going by data, in the year 2011, 2G mobile handsets constituted 90% of the total sector with shipments at 166 million, but since then the slid continued and in 2015, it formed 65% share of the industry with 161 million devices.

Simultaneously, some contraction could be seen in the 2G market share of some vendors. Microsoft (Nokia), which held the number 1 position in 2014 with 15% market share, dwindled to number 5 slot in 2015.  Micromax, with 13% market share in 2014 in the 2G mobile phones arena, saw the holding declining to 11% in 2015.

The above numbers, the entry of Reliance Jio, tremendous data demand is actually compelling top vendors like Samsung and Micromax to wind up their 2G mobile phones. Both companies are currently clearing their 2G inventories and in fact, Samsung launched 16 4G-enabled handsets last year, which clearly indicates that 4G is high on their agenda.

According to Micromax, 4G models have accounted for 30% of its portfolio with 14 models and will increase to 20 by March. With Reliance Jio, along with its LYF brand, all set for the commercial launch of its 4G services in the next couple of months, the market is gearing up to see a sea-change.

In addition to that, Lava and Intex are also mulling to join the club and exit the 2G space.

Coming to policy front, the Department of Telecom’s spectrum swapping regulation could surpass the uptake of 2G and even for 3G. As per the rules, any player who buys 2G spectrum from another player can utilized it for 3G or 4G but with riders. If the buyer has entire stake in that band into ‘auction spectrum’ or liberalized spectrum, then only he can consider a spectrum swap.

With data demand reaching its peak and voice revenues hitting the rock-bottom levels, all the companies, irrespective of device manufacturers or telcos, could see 4G shaping up the future. Adding to this, today, a 4G LTE handset is available at the same price of a 2G handset. So, why not go for a 4G LTE device?

Chinese handset makers have already evinced their interest in the 4G market and have launched a range of affordable 3G and 4G-enabled handsets, giving further threat to 2G mobile phones. Meanwhile, homegrown players are also chalking out strategies for their 4G pie.