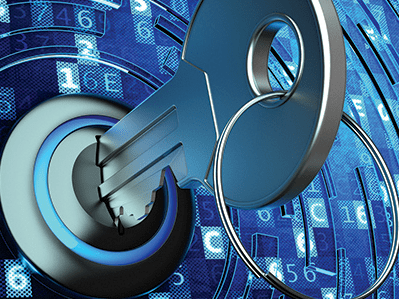 The tug of war between Apple and the FBI finally settled down last week after the latter paid a huge sum (estimated over $1.3 million) to gain access to the data in the iPhone in controversy and hence, reduced pressure over the tech giant to unlock the device.

The stand-off between Apple and FBI started when the FBI tried to unlock an iPhone5C, which was used in last December’s terrorist attack in San Bernardino, California. Due to a strong security feature, the FBI was unable to access the phone’s contents and so, tried to arm twist Apple for its assistance in accessing data from the phone.

The US government wanted it to develop a backdoor into the device, but Apple maintained that such a move would breach the privacy of its millions of customers and FBI’s stance was to benefit the greater share of the society.

In the past too, such instances were brought to the fore when the Law Enforcement or Governments have locked horns with the tech firms over the issue of encryption.

Dating back to 2010, when RIM announced its entry into India with its smartphone Blackberry that supported push e-mail, mobile telephone, text messaging, internet faxing, web browsing and other wireless information services, the Indian government took a hard stance and expressed its concerns over the advanced encryption techniques.

Not only India, countries such as UAE, Pakistan also expressed their concerns over the advanced encryption features and at one point of time, Blackberry was asked to leave Pakistan too. However, the face-off was resolved after RIM agreed to provide manual access to the BlackBerry Messenger service.

In India, of late, Whatsapp announced its end-to-end encryption, which will just like Apple; stop the government from accessing the data from Whatsapp, making way for 70 million Indian users to maintain their privacy in messages and calls.

However, the hue and cry surrounding this announcement is of fewer decibels this time in India than the entry of Blackberry in 2010. The fewer decibels could be attributed to the fact that although, there are some regulations when it comes to ISPs and TSPs in India, but on OTT level, no such regulation exists.

Last year, the government issued a draft proposal on encryption but it was put on the backburner due to a number of illogical points mentioned in the draft. Just for example, one of the recommendations was that people accessing encrypted services will be asked to keep the decrypted data for at least 90 days.

Well, till the time the government comes up with a strong encryption policy, messaging apps such as Whatsapp will have an upper hand. But anyways, we have arrived at that point of time when a mutual consensus between the governments and the tech firms becomes the need of the hour to catch hold of perpetrators.

Recently, the Jammu and Kashmir government mandated the requirement of a license for running a Whatsapp news group and such move, is commendable too as it helps in cracking down groups engaged in anti-social activities. The clashes and tension after the Handwara firing incident compelled the state government to resort to such a move.

When it comes to technology, there should be a thin line between a tech firm’s customers and the culprits and on need based requirement, the Law Enforcement should be allowed to access the data.  Just to remember here, few years back, Blackberry helped a Law Enforcement agency to dismantle a criminal outfit.

In the Apple-FBI case, the fed paid a whooping amount to gain access to the iPhone, which drained the government of money and energy. So, why not call for collaboration between the government and tech firms? After all, nothing counts more than the lives of millions, which are at stake.