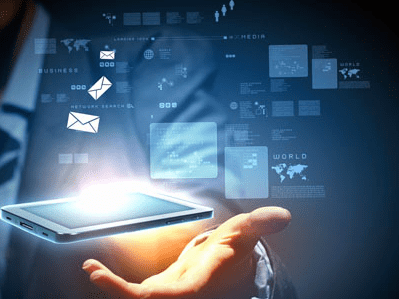 The era of offering plain vanilla voice services has taken a back seat, cannibalized by customers unending appetite to consume data. And as telecom operators concentrate to improve their networks and provide seamless services to customers, VNOs (Virtual Network Operators) can play an imperative role to grow their dumb pipes by reaching out to the nook-and-corner of the country and showcasing their own data-related innovations.

At a recent VNOs event, Heralding a New Era’, roundtable organized recently by VNO Forum and Voice&Data magazine, industry stakeholders brainstormed on what would catalyze growth and healthy competition in the VNO sector.

The history of VNOs goes back to the 1990s, when the concept was first developed in Western Europe. They actually buy bandwidth in wholesale from the licensed telecom operators and then repackage it in the form of voice calls, data packs, etc, to the consumers under their own brand.

In the UK, Virgin Mobile turned out to be first commercially successful MVNO, and it received stupendous response in the US market, however, some of the ventures in Singapore and India remained unsuccessful.

In India, VNOs found a mention in the NTP-2012, and earlier this year, the Telecom Commission of India, the top policy making body in the Department of Telecom, paved the way for MVNOs to set up operations in the country. Although, before that there were VNOs-like set-ups but in the absence of any regulatory environment they failed to see the light of the day.

To take some anecdotes with respect to India market: Virgin Mobile tied up with Tata Docomo, the telecom arm of the Tata Group, but could not perform as per expectations and later was merged with Tata Docomo. Besides, Tata Docomo had joined hands with the Future Group to form ‘Talk24 Mobile’ and Aircel also entered into a similar deal with UK-based Blyk Mobile.

Vodafone Netcruise, which was actually EvDO Rev A based data services provided over USB data cards, came to an end after Vodafone entered into an agreement with MTS India (SSTL). Few talks were also supposed to have taken place between Orange and RCom, but to date, MVNOs have achieved little or in fact no success in making a room for themselves.

Well, the above pointers may not go down well with the aspiring MVNOs, but today they hold a USD 4 billion opportunity, where rural opportunity lies at 44%, by creating a win-win situation for everybody.

Allowing VNOs means more choices for the customers at low-rates and with the help of VNOs the problem of accessing the last mile could be resolved to a great extent. Keeping in view the advent of 4G and hardly any innovation that has taken place in this arena, VNOs can come out with innovative data packages. So far, to date the telcos have unveiled voice calling innovative packages and there’s a lot of headroom to include data innovative packages as well. If they partner with multiple operators, they are also allowed to offer voice call service of one telco and data service of another telco.

BSNL and MTNL, which are grappling with their losses and huge manpower costs, are the major telcos willing to extend their infrastructure and capacity to share with VNOs. With these capabilities, VNOs can target $120 million taxi hauling services in India, 200 million agriculture pump sets, 248 million electricity meters, 16 million monthly air travelers, smart cities projects instilled by the Government of India and the huge opportunity that daily entertainment and m-health have in store for the VNO segment.

However, not only pricing, there are multiple challenges which are hindering the road for VNOs in India such as unified license, which is required for the entry of a VNO into the market and fees for the same have been kept exorbitantly high, spectrum usage charge, mobile number portability options among others.

At the same time, as the Indian market is heading towards consolidation in the telecom space, the pertinent challenge for the VNOs, is the fact that many of the top telcos do not have spare spectrum to share and keeping in view the business viability challenges, to provide the last mile connectivity, the VNOs have to compromise with low-paying subscribers.

Although there are multiple  challenges for the sector, but the benefits are stacked high than the challenges and hence, paving the way for the VNOs is a welcome move.