Spectrum, Spectrum, Everywhere, Not a Signal to Reach! 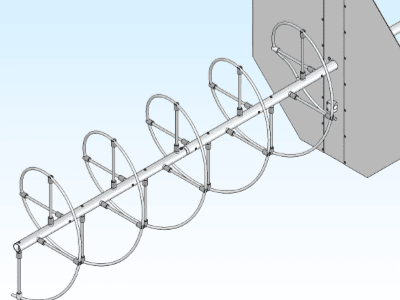 Spectrum, Spectrum, Everywhere, Not a Signal to Reach!

The stage is set for the largest-ever spectrum auction in the country, with the government putting for sale around 2300 MHz of airwaves for auction this time, slated for September. And if the telcos go aggressive and the same amount–2300 MHz of airwaves gets pumped into the telecom circle, it would mean vitality for the spectrum-starved circles, and it could also mean some relief from the pain in the neck or the call drop menace.

An analysis of the spectrum holding of top three operators indicate that Rajasthan is the only circle where the spectrum is in scare quantity with these three players holding a total of 26 Mhz of spectrum. Country’s third largest telco Idea cellular does not hold own spectrum in Bihar and Kolkata circles, while the second-largest player Vodafone does not hold spectrum in the Himachal Pradesh circle.

While most of the players do not have a hold in the efficient 2,100 MHz band, country’s top operator Bharti Airtel has major presence in this band but sans these circles–Gujarat, Haryana, Kerala, Kolkata, Madhya Pradesh,Maharashtra, Orissa, Punjab, Rajasthan, UP (East).

About seven bands would be put into auction this time and would put to rest the constant cribbing of the telcos about the shortage of spectrum in the system because of government sitting on ideal spectrum. In a way, the auction could prove a harbinger for the spectrum-starved nation.

No doubt about the fact that the auction would leave a bigger hole into the pockets of telcos, who are already reeling under  increased debt burden, which currently stands at over Rs three lakh crore, and low revenue per subscriber. With consolidation taking place in the industry some might even back out and may not go for bidding as well.

The point to ponder is at a time when we are contemplating to make telecom as an important utility, how do exorbitant spectrum prices help?  Indian companies pay nearly 70 times more the cost of spectrum when compared to global peers. In fact, the average revenue per user in some countries is much higher than India. According to Merrill Lynch Global Research, the average revenue per user in India stands at 2.76 for India, as compared to $18.35 for Germany, $26.61 for the United Kingdom and as high as $33.81 for the Netherlands.

So, in such a scenario, difficult times are ahead for the telcos if they bid for the auctions and so, the government should play a role for the betterment of the citizens or it may witness a lackluster spectrum auction. And we may sing, “spectrum, spectrum everywhere, but not a signal to reach.”