Batten down the hatches! It may not sound music to the ears of incumbents, but after kick-starting Jio Preview Offer along with LYF devices, RJio’s extended offer to another 12 device manufacturers, including Samsung, Micromax, Yu, Asus, Gionee, has the potential to sway the telecom industry and could place it at a better-than-expected position.

Now anybody owning a 4G Smartphone from these brands can avail the preview scheme, as per which services are provisioned free of charge for 90 days. Under the offer, a consumer purchasing a 4G Smartphone will receive a Reliance Jio 4G SIM and also have access to video calling, high-speed data services among others.

So, in all optimist sentiments, we could speculate that potentially all 4G handset users of these brands will be now RJio’s subscribers. 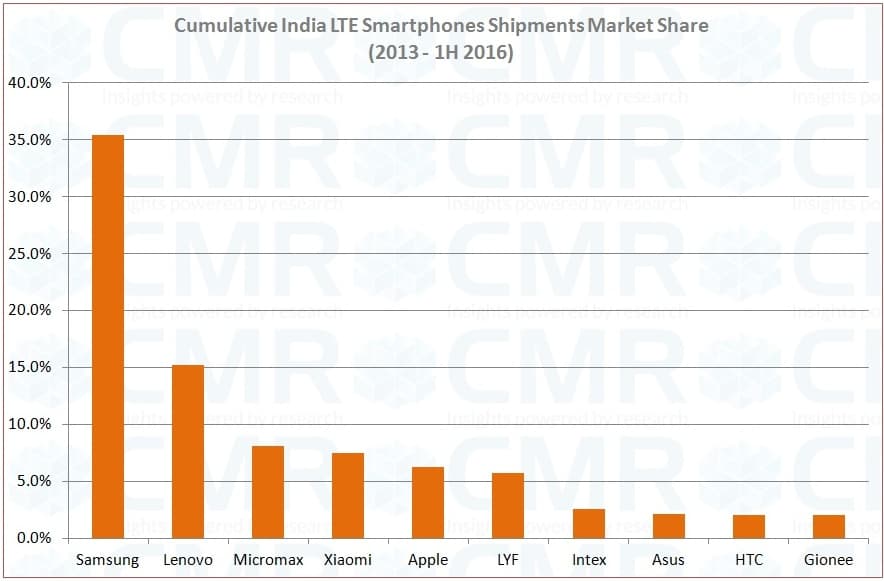 So, while RJio has got most of these brands under the purview of preview offer, still it needs to widen the reach further, it should look at Lenovo (including Motorola), Xiaomi, Intex and HTC at least to include all the top 10 brands selling 4G Smartphones in the country, which is likely to open up over 87% of the installed 4G Smartphones assuming all such handsets are active and live.  To adjust any misses, we could easily peg this number at 85%, of the total active 4G Smartphones.

However, we all understand when it comes to Apple, it is a different ballgame. Even Tim Cook in his visit had promised to ship a couple of millions of iPhones with RJio’s network support, essentially VoLTE.  So, even if we set Apple aside for a while, the picture looks somewhat as below. 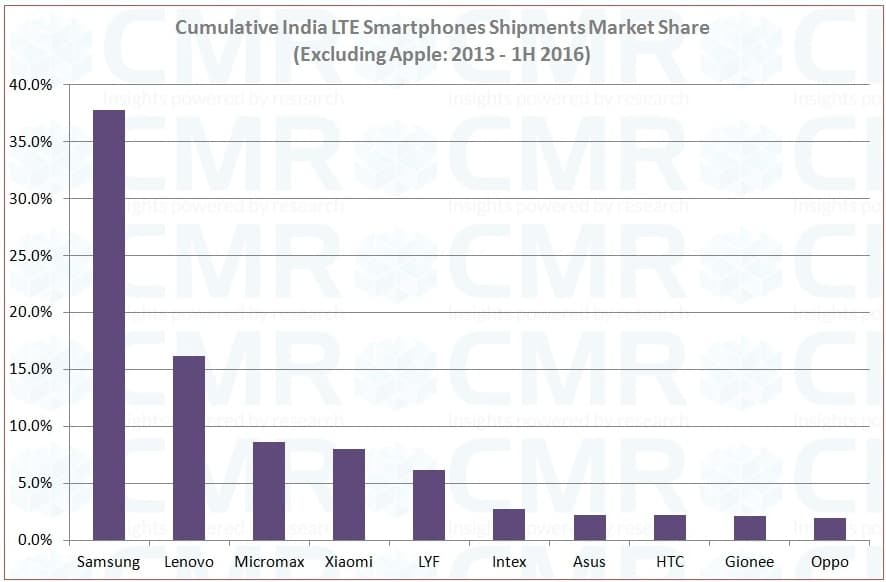 With Apple out of consideration zone, RJio, other than Lenovo, Xiaomi, Intex and HTC should also include Oppo in the brands covered under their service preview offer as its inclusion would take up by its 4G share by 1% to 88.2%.

Whether inclusive or exclusive of Apple, we could easily assume that if all these top 10 players partner RJio, the potential reach could be 85% of the total active 4G Smartphones base.

As per media reports, RJio is expected to have 2.5 million users prior to commercial launch itself.  But, this was perhaps based on the penetration of LYF devices only.  Now with preview services available through 13 brands, including LYF, the all optimist potential reach increases significantly. These 13 brands have cumulative 4G shipments of 38.5 million handset, which is more than half; 57% of the total 4G Smartphones cumulatively sold in the country till the end of first half of 2016. 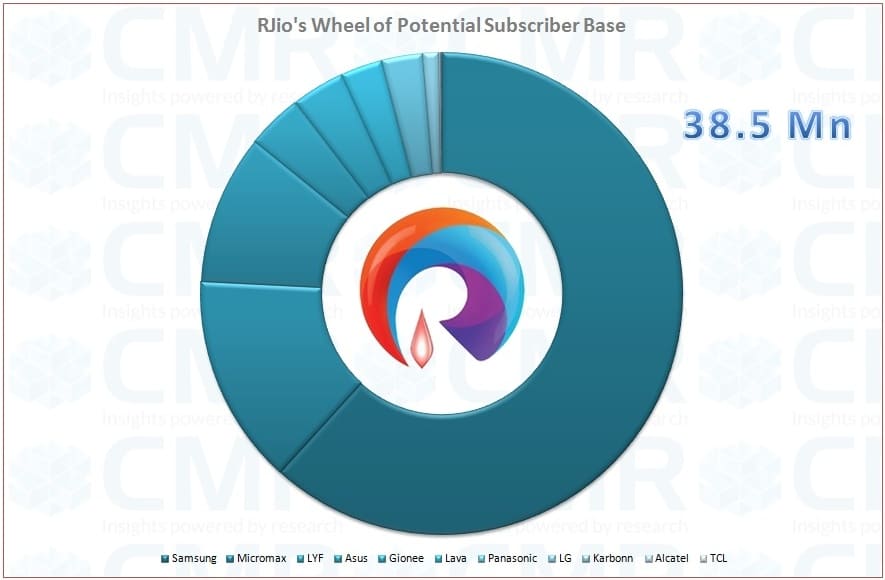 Now, even if we exclude already expected 2.5 million subscribers from this potential, we are still left with up to 36 million potential subscribers.  However, chances are unlikely that all of them will subscribe to RJio’s preview offer. But, one can easily think of this number settling around 25 million. So, through the continuous extension of the preview offer over leading brands RJio can garner 10 times more subscribers than what it had expected initially.

Notwithstanding the inordinate delay in its launch, all these paint a rosy picture for RJio and strengthen it to become a heavy-weight operator with a very solid subscribers’ base. Having said that, the inordinate delays in its launch is putting a dent in its reputation and credibility. The most interesting part would be now to watch out–what happens to the expected 25 million subscribers’ base that it could acquire during the preview offer period.  Not all of them are definitely going to remain with RJio and once there is a commercial angle to it, churn is inevitable.

So, whatever, mechanism RJio puts in place for fast-track acquisition of millions of subscribers, it has got its own limitations and the best way to acquire subscribers or the future assets for the company would be only by making services commercially available.  All other methods might give it instant wide base of subscribers, but the litmus test of sustaining beyond commercial angle to the story needs to be seen closely.

What should be another focus area for the company would be to upgrade 3G subscribers to 4G services.  So, while extending the preview offer on existing 4G Smartphone users is a welcome move, but simultaneous efforts need to be put in place to entice 3G users to upgrade to 4G network.

That is something missing for now and could bring sustainable subscribers as 3G users, experiencing network issues, can resort to the next generation level of services.

NOTE: Six more brands were added after this analysis was carried out on 26th of August.  These were HTC, Vivo, Intex, Sansui, Videocon and Sony Mobiles.