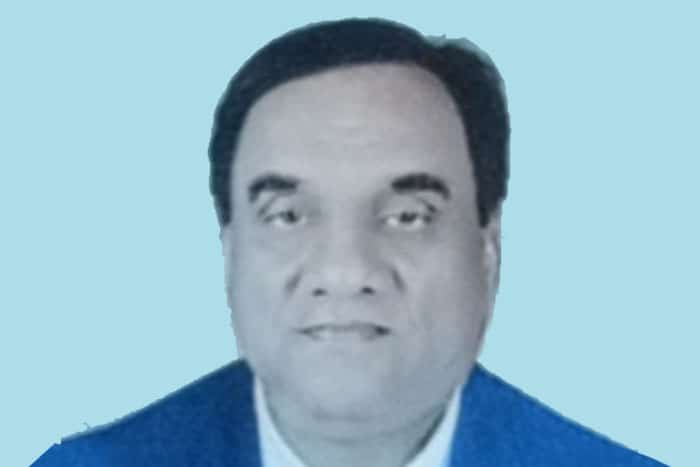 The Indian MSME sector has always provided silent support to the national economy. It has successfully acted as a defence against global economic shock and adversities, thus pushing India towards a robust global economy.

“An extended support from the Government on GSTs will further help MSMEs survive the heat of Covid”, said Mr Appasaheb Shinde, President of Pimpri-Chinchwad Chamber of Industries, Commerce, Services and Agriculture, Pune, exclusively to CMR India.

Speaking further He stated, “Our Chamber is an NGO started in 2008. Since July 2017, GST has been implicated throughout India. For a manufacturer of agro-industries the GST rate is at 5% on the raw material purchase, but when it is converted to an end product after application of some mechanism it turns out to 28%. This 28% GST is very high and harmful to the automobile & engineering industries and that is the reason heavy truckloads, and cars are becoming costly and the consumer ends up spending more. “

On The effects of the new taxation policies same on the Automobile industry:

According to him, earlier to GST, there was VAT, and the same product was charged only 18%. The raw material was @ 4%, and the finished product was @ 18%. That is the main reason costing is very high for two-wheelers and four-wheelers, which become unaffordable by many. This, in fact, slows down the automobile industry market. “We wish the Government to revise & reduce the GSTs to a maximum of 20% from the current 28% so that there will be 8% reduced cost on the motor industry and heavy industry. This is a national issue, and we are representing the Government regularly to consider this.”

Secondly, regarding VAT on petroleum products, almost all the state governments are not willing to include petrol & diesel in GST Taxation. This impacts badly on the automobile industry to a  greater extent. Whether small or big manufacturers spend more money on transportation for bringing raw materials etc.,  A sizable amount of money is paid as tax for petrol or diesel consumption. Likewise, in the power sector, generators require diesel, and for using the generator for their power requirements, a company spends 26% tax which is not refundable. This is a huge loss to the automobile industry. This is a national issue & should be considered at a higher level, and petrol & diesel should be brought under GST and not on VAT.

Thirdly, the Industry 4.0 Policy is initiated in India. There are around 12 crore MSMEs in India, and whether they are small-scale, medium scale or large-scale industries – most of them need to be made aware of this 4.0 policy. Larger scale manufacturers in the automobile industry, like Tata, insist unless the supplier has 4.0 Policy Certification, they can’t be a supplier to them. We conduct more seminars on this and create awareness about these policies. Our Government should start giving some subsidies to the MSMEs who follow & have these 4.0 policy certifications.

On How the Market Growth for MSMEs depends on the Taxation Policies:

There were so many amendments in the GST implementations. “As a taxation professional and advisor, in the industry heading this chamber for the past 15 years as a chairperson, I would say that this taxation policy is a damage to the economy and the government should really do something on that.”

Currently, there are about 2679 items – we as an industry, as a person, and as consumers are using directly or indirectly, which is coming under GST. Exempt from GST is merely around 300 items. Currently, GST exempted items will be around 60, and the remaining are consumer items. Industry items are very specific. This is the right time before the budgeting Session; our Government should consider our suggestions and reduce certain taxes.

We suggest appropriate tax amendments relating to Central and State Govts, Semi Govt bodies, and corporations – prior to the Budget. After the announcement of such a budget and govt. Policies relating to industries and their impacts on industries and the common man shall be discussed in public meetings and internal meetings by expert dignities in particular subjects. Also, we arrange pre-budget and post-budget conferences and seminars to know the taxpayers’ view about Govt’s Economical and Taxation Policies.”

On the Dependency on IT:

He said further on the dependency on technology, “The potential benefits of Information Technology to Micro, Small, and Medium Enterprises (MSMEs) are variably known. As the MSME sector plays an important role in the Nation’s economy, the sector benefits individual MSMEs collectively, rendering positive results, leading to employment creation, revenue generation and overall country’s business competitiveness. It can enhance MSMEs’ efficiency, reduce costs and expand market reach at domestic and international levels.”