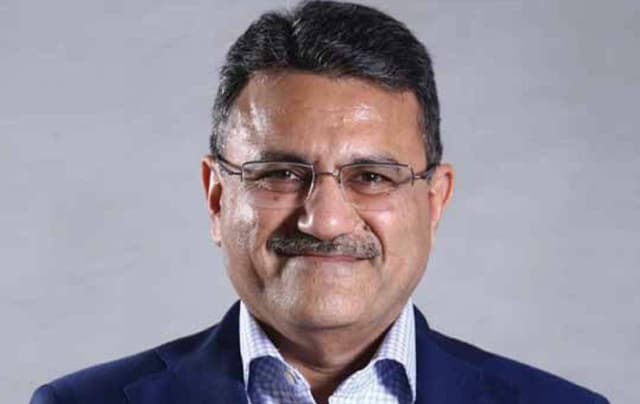 India has done comparatively better than other countries in containing the spread of Covid-19 in the first two months of the pandemic, feels Manoj Kohli, Country Head, Softbank India. Kohli spoke recently in a webcast organized by HP Inc. under its Be Unstoppable initiative, in association with CMR and BizAnekdotes. The webinar was well attended by around 1,000 attendees, comprising mostly of business owners, CEOs, and senior folks of various organizations.

The challenge before us now is to bring the economy on track and ensure that all businesses are fully functional again by addressing some of their biggest concerns. In the webinar, Kohli said that while Corona will continue for some more time, the way India and the govt. have responded can turn every business challenge into meaningful change and make things better and superior.

He feels that while there’s uncertainty around how long it would last, and the vaccine isn’t likely to come before 6-9 months, it’s important for businesses to take advantage of the crisis. “We should convert this threat into an opportunity as we can’t waste this crisis”, he said. This is a great opportunity to reset the society and businesses to a new meaning and purpose, which has otherwise been in status quo for many years.

Global Shifts that India could Benefit from

Kohli talked about 4-5 global shifts that are likely to impact India either positively or negatively, and we should be ready for them:

All this is an opportunity for India to move its large and unorganized economy into an organized one to become stronger, bigger, and more stable.

What to do in the Meantime

While these shifts take place, what’s important now is for organizations to approach their business with frugality. It’s time to systematically conserve cash, eliminate wastage and avoidable costs. While doing this, he advised businesses to be empathetic toward people by giving them hope and optimism. “Companies should take advantage of the situation and plan for new products, new market entries, etc. so that they’re ready as soon as the situation becomes normal”, he added.

Long-Term Shifts to be Ready for

Kohli also addressed long-term shifts that companies should have with the major ones being:

All these shifts have to be created now and the entire leadership team of each company should be committed to the new strategy, new business model, and makes it successful at any cost.

Leadership Tests Every Leader Must Pass

Kohli also sees this as a big leadership test for all leaders, both political and business across large and small companies. The first tough call they have to take is how to survive. With the govt. gradually opening up the economy according to zones (green, orange, red), leaders have to take prudent calls on how to manage the business during this systematic and gradual process.

Second, leaders must be very sensitive and empathetic toward people, because they’re their long-term assets who’ll make the company bigger and stronger tomorrow. This is the time for leaders to build solid teams with a lot of strength, confidence and hope. It’s during emergency situations like these that teams work very well together.

It’s also the time for leaders to eliminate obsolete ways of thinking, which are slow, assume low competition and consumer awareness. They must take tough calls on old trained incapacitant individuals so that they don’t continue behaving in a traditional fashion in the new era.

In the end, Kohli feels that leaders who’re agile, flexible and change with the environment will do very well. They must be humble and authentic, listen to others, and even share their vulnerabilities with others so that everyone knows that they’re also human beings who can make mistakes. Those who’re courageous enough to take tough calls with great passion will succeed. At the same time, leaders must also learn to manage their physical and mental fitness, keep their spirits positive and always view the glass as always half full.

These are the leadership tests that every leader has to pass. The jury is out, and next six months are important leadership testing ground. He concluded by saying that companies, leaders, and countries will be unstoppable if they think fresh and deliver more and better results than past.