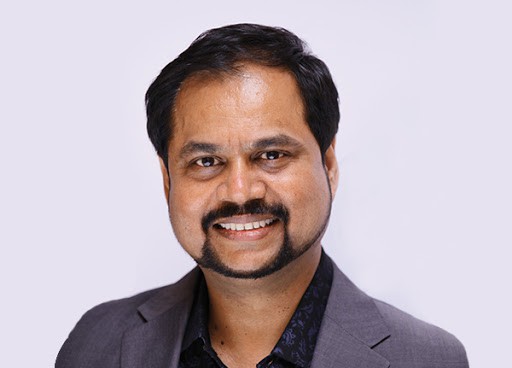 CK Kumaravel, Co-Founder, Naturals saloon talks to CMR about the challenges being faced by the small cash and carry businesses, and the support they need from the govt

CK Kumaravel, Co-Founder of Naturals saloon was in news following his recent tweet on the lockdown and its impact on his saloon business. Speaking to CMR, Kumaravel said, “Our industry was considered a taboo twenty years before. However, what has happened because of the entry of ‘Naturals’ and other brands who had followed us is well known. In the last twenty years, the fundamentals of business had changed. From Taboo, we are in a lifestyle business.” Recalling his days when he started, his family, a leader in the FMCG industry, was not in favor of them. “Many of my friends and relatives told that this is not a business for educated people and not for people from a good background like you. Why are you starting a saloon?”, was the first question according to him. Even when he started selling the franchises after five-six years of making the business successful, and he started selling the franchises to his friends and relatives, everybody said they cannot tell anyone that their daughter-in-law is running a saloon.

Today Naturals has got four hundred plus financially independent, first-time women entrepreneurs. “We provide more than ten thousand direct jobs, of which sixty percent is women. We, as an industry have paid taxes to the Government of nearly one hundred crores from various angles like GST and other direct and indirect taxes, in the last year. The industry is now considered fairly organized, even though we feel only 15% comes under this bracket while eighty-five percent work has to be done and this is where we are at this point in time.”

However, coming into the lockdown has absolutely scribbled us, because our business model is based on fifty lakhs. Around fifty Lakh is invested on day one and every month we make a revenue with the daily income and twenty-five days of the income goes like rent, salary, product cost, electricity, laundry, and other expenses. It’s only the five days income left for the franchisor and franchisee.” ,Kumaravel added.

In saloon-franchising, the franchisee, with the revenue generated, pays back the bank loan and takes home only some portion of it and pays a little to the franchisor. Franchisor uses that money to pay for the advertisement and brand building and also for training cost. In March, saloon owners downed the shutters around the 22nd. Even though the business was dull, they somehow managed to pay the salaries for March because of cash flows. Unfortunately, most of them were not able to pay salaries in April.

Kumaravel said he wanted to arrange for bank loan, but banks were not willing to lend money, even though the guidelines were there and his track records was spotless. “We even approached NBFCs, but they were ready to fund only for 24 to 30 percent and for that also they wanted a personal guarantee from me and my wife[founder].We have agreed to give that because we want our franchisees to get some money to take care of the minimum requirements of their staff. Unfortunately, the NBFCs said that they will lend the money after lockdown, but even that did not happen. As banks failed to support financially, some of our franchise partners have pledged their jewelry to keep the show running and many are what we call hand-to-mouth, taking care of the staff.”

He also says quite a few are very frustrated, while others are more fearful than frustrated due to the uncertainty. ‘Naturals’ as a brand is also trying to counsel them. “We feel that the Government needs to help us because we have done so much job creation. We have a lot of women entrepreneurs and now this is the kind of network and this is the kind of showcase, be it laundry, fruit shop, tailoring, fast-food, florist or saloon. All these businesses are daily cash-and-carry businesses,which can really give a lot of jobs.It can create a lot of entrepreneurs at the bottom of the pyramid and make a good amount of money. “We all want to survive and progress, but we all need help from Government.” Kumaravel says.

Minimum, Kumaravel feels that the government should allow them to function. They’ll find ways of ensuring safety and hygiene, but at least they’ll be back in operation and start making some money again.