Hybrid Working style in IT-Industry has led to a Wider Establishment of Choices & Productivity. 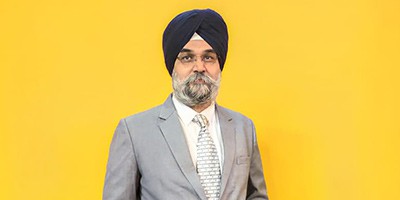 One of the significant changes seen in the IT industry is the sudden adaptation of a Hybrid working style, where the employees can work in their comfort zone from anywhere without even affecting the productivity stages of the organization.

Gujarat Electronics and Software Industrial Association (GESIA) IT Association represents the ICT industry of the State of Gujarat and its works in partnership with the Government of Gujarat for the promotion of IT (Software & Hardware), ITeS (BPO/KPO), Electronics, Telecom, Networking / ISP & IT Education in the State of Gujarat. Over the years, GESIA has formed various partnerships with National as well as State level Industry Associations such as NASSCOM, MAIT, FICCI, CII, ASSOCHAM, ESC, CSI, FISME, TEMA, GCCI, IACC, ACMA, GIS, VCCI, SGCCI, BITA, RCTA, GEZIA, etc. to work with them as their partner in Gujarat, for exchange of ideas and joint efforts on topics of common interest of members.

GESIA achieved many milestones for the development and growth of the ICT Industry. With this new beginning and transformation of the organization, the scope of action has widened for higher growth, performance, national–international cooperation, Business Development, Networking, Consulting, and support to the Industry. The new organization brings a structured organization, structured approach, structured process, and management to its member companies. It will help and support the member companies for desired support and development for better growth. GESIA IT Association has incorporated under section 12AA and 80G of the Income Tax Act, 1961. It will provide benefits to member companies in tax rebates.

Working More Productively During the Pandemic

When the pandemic was hit globally, the entire movement in productivity went on a toss. There were so many industries that were affected due to this impact. The IT sector was not poorly concerned because of the digital platform’s sudden adaptation or backup plan. “In Fact, the demand for certain projects was getting wider in terms of ideas, resources, developments and so on. The variations in different and better output were vastly visible during this period of time,” said Mr. Tejinder Pal Singh Oberoi, Chairman & Director, Garcia IT Association, Gujarat.

The demand for Human Resource professionals and services has risen during the past year. Most IT companies have doubled their HR potential during the past year. In terms of productivity, frequent expert round table conferences with HR, Finance, and Legal were done digitally with around twenty-five members on board virtually. More members started boarding into the Industry with so many projects. Almost all the People who are associated in terms of IT, software are part of this association. The challenges were enormous when there was a sudden adaptation from the physical platform to the digital platform.

The association and its members are always active in their funds and promotions. They travel for their meetings and conferences worldwide. They meet people and authorities tell them about the association and conduct frequent online and offline campaigns to promote these areas, like the campaign in which the association supported ‘Green IT.’ The association used to run the Flagship Awards annually, and they are looking forward to the event this year, which is on the approval list from the official government side. The future growth of the IT-Industry is going to be massive, where the employees will always have an option for working according to their comfortability and work zones. People will start adopting the hybrid way in almost all the sectors of Industry.

Blockchain is a system of recording information that makes it difficult or impossible to change, hack, or cheat. A blockchain is essentially a digital ledger of transactions that is duplicated and distributed across the entire network of computer systems on the blockchain. Blockchain Technology is going beyond efficiency and is mainly used in cryptocurrency. Tejinder concluded, “Blockchain technology will play a major role in digital platforms and make the productivity channels easier at the fingertips.”