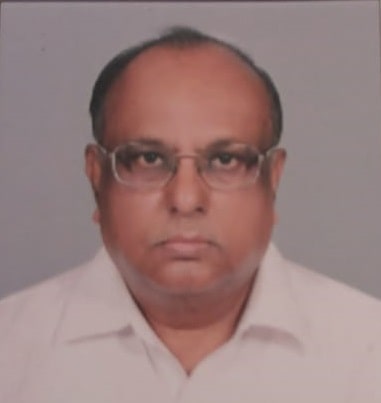 With India being hit by a new Covid variant, which is far more dangerous than the one from the first wave, the Bulk Drug Manufacturers are confident that they’ll be able to produce the required number of drugs to meet the country’s requirement. This sector caters to 15 percent of the world’s requirement.

“We are strong enough to meet any requirement demanded by the market. We are indeed geared up to meet the current demand in the market,” said P Eshwar Reddy, Executive director, Bulk Drug Manufacturers Association.

As the demand goes up, the need for expansion to increase additional capacity arises. The association points that the government should expedite the process of providing the necessary clearances for expansion.

Bulk Drug Manufacturers Association was formed in 1991 as an all-India body catering to the needs of the bulk drug industry headquartered in Hyderabad. It has about 480 members, including Biocon and Shasun pharmaceuticals as its members. Its members range over various regions: Gujarat, Delhi, Chennai, with the majority concentrated in Telangana.

Eshwar added that the situation is better than in the last years where the availability of raw materials from China was an issue. This time around, the industry has met a different challenge–lack of oxygen. Because of this, manufacturers have either stopped or limited the production of drugs that included oxygen as the need for oxygen requirements in the hospitals has gone up. The industry has been working on a substitute source for these drugs.

The association has represented the industry’s needs to the center, state government, or other involved departments. For instance, during the last year’s lockdown, the association was coordinating with various departments to ensure that the factories’ movement of goods was not hindered.

“We had a WhatsApp group created on any issues on movements with the revenue department, police department, higher officials, etc. Currently, we have not created one, but we might if a stricter lockdown comes into place,” said Eshwar.

The association is also involved in policy advising with NITI Aayog, and many more on clearances, expansions, and government support. It has undertaken many trading and training programs for its members.

India’s Bulk Drug Manufacturing sector is still one of the most competitive in the world. It exports about 30 percent of its manufacturing even now, other than Remdesivir and Paracetamol. Eshwar added that the industry’s strength lies in contract manufacturing, with competitively lower production rates to the developed economy meeting all international standards, and better quality control than China. The MSME sector is one of the biggest backbone of the industry, which aids in contract production for many big units. They are the ancillary units for large units. They even manufacture some intermediaries.

Its second weakness would be the high utility cost. Eshwar points out that these costs are higher than the labour force costs and support from the government on this infrastructure would help have a better reach in the global market.

The association has been recommending Mega Capacity plants to the industry to increase production, reduce per unit investment cost, and cost of production. “This would meet economies of scale”, added Eshwar.

He also pointed out that the government has been planning 3 Mega pharma parks for which most of its industry is awaiting a decision. Despite this, the industry’s larger units constantly spend about 1000 crores every year to upgrade, increase the system and increase production capacity. This has also provided for a compounded growth of 15 percent per annum.

“We are positive that the industry would still meet the requirement and maintain the annual growth rate,” said Eshwar. He mentioned that the government labs would need to work on improving. The tech and new product innovation in the country would have to grow. The government should also focus on helping with the environmental compliance issues. It should also help in setting up infrastructure facilities like treatment parks and not just take part in monitoring. According to the executive director, streamlining taxes, cutting down on import duties, and setting up training centers for production would aid in making this sector much stronger.