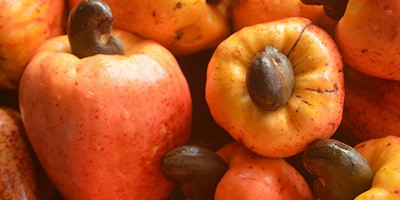 Kerala’s cashew industry is on the verge of collapse as exports and production plunge. Cashew consumption and supply were also affected by the COVID-19 pandemic.

According to farmers, the unavailability of raw cashew nuts, rising input costs, stiff international competition, rising debts, failure to resolve the financial crisis, low domestic production of raw cashew nuts, and bad loans are the major problems in this sector and exporters in Kollam. The cashew processing industry in India is clustered around the Kollam region in Kerala, which is traditionally known as the global cashew trading capital.

“The Cashew industry in the State is going through a severe crisis. Government should act immediately to help the industry. Import duty should be reduced. The cashew industry was also affected by fluctuating international markets. In Kerala, processing costs are extremely high. Despite this, every other StateState opted for mechanization. The Government should announce a special package to save the cashew industry,” said AKM Nizamudeen, president of the Federation of Cashew Processors and Exporters.

The crisis deepens as banks prepare to recover loans. After a Covid-induced pause, banks insist on loan repayments from defaulted cashew entrepreneurs. Some banks have issued notices requiring payment within 60 days. Out of the 836 factories in Kollam and the surrounding districts, only 100 are currently functioning.

Loan amounts vary from Rs 2 crore to Rs 300 crore, depending on the nature of the business. Cashew Export Promotion Council of India (CEPCI) has been pushing for loan restructuring and new financing to run the business.

“Nearly 80% of cashew manufacturers operate at a loss. The industry is struggling to survive. Kerala still depends on manual labour to process cashews, whereas other states have shifted to mechanization. The cost of mechanization is high. There should be government assistance for companies to convert their factories to mechanization. As of now, government support is not adequate for saving the industry. Our factories had to be shut down for more than a month during the pandemic, leading to major losses for most companies,” said Omar, Alfah Cashews, an exporter in Kollam.

According to the CEPCI Handbook, there are 337 cashew processing and exporting units in India, of which 225 (64.8%) are in Kerala. Approximately 836 factories were operating in the StateState in both formal and informal setup, employing 3 lakh rural women, directly and indirectly, creating another 10 lakh jobs. Due to rising input costs and increased competition from other states in India and abroad, these factories are being closed. As inherent problems plague the industry, most factories are unlikely to reopen. During the early 1980s, the StateState controlled up to 96% of the business, but it has now decreased to 9% with a bleak outlook. “Many working units in the StateState are also relocating to other Indian states like Tamil Nadu, Maharashtra, and Karnataka. Unfortunately, this scenario adversely affects the livelihood of thousands of poor women workers in the StateState, and many of the established entrepreneurs became bankrupt and committed suicide due to financial stress and social exclusion,” Bhoodes said.

The cashew processing industry is labour-intensive, employing many women workers. Kerala exported 36,390 metric tons of cashew kernels per year, valued at 2580 crores. This represents 43.78 % of total cashew kernel exports in the country. But, during the pandemic, both international and domestic markets were down. Export volume has hit an all-time low, and domestic sales have plummeted due to the absence of tourists, pilgrims, large-scale festivals and events. Nearly 80% of the factories are not operating, and most of the processors have hit rock bottom, and the price has also come down.

Since lockdown, over 400 processing units have closed in the State, displacing thousands of skilled workers and placing employers under tremendous pressure. While consumption has slowed, small and mid-level entrepreneurs find it increasingly difficult to tide over the revenue dip.

For the cashew industry to regain its viability, it needs an environment conducive to doing business. Kerala has adopted several institutional mechanisms to promote and protect production, processes, trade, and employment. Kerala State Agency for the Expansion of Cashew Cultivation (KSACC) and Directorate of Cashew and Cocoa Development (DCCD) are the two agencies responsible for expanding cashew production and cultivation StateState. According to sources, these organizations cannot function effectively due to inadequate policies and monitoring mechanisms. To enhance production and productivity, KSACC and DCCD need to be integrated with cashew industrial organizations like the CEPCI. These institutions should formulate their working plans according to industrial demands and market insights.

“In comparison with last year, cashew nut prices dropped by 20 per cent. Farmers worry about the falling price of cashew nuts. Even after the harvesting season began, the price has not yet increased. The price was Rs 130 per kilogram last year, and it dropped to Rs 100 this time. When the COVID lockdown affected the cashew industry last year, the Government fixed a floor price of Rs 90 and procured cashew via cooperative society. But the Government did not take action this time,” said Ravikumar Pillai, a cashew farmer.

“It has been difficult to overcome the crisis. Without enough support systems, small cashew processors have suffered more. Before the Covid outbreak, five such entrepreneurs committed suicide in one year. The pandemic has only worsened the situation as more accounts become non-performing assets, adding to the lenders’ concerns,” he said.

Industries Minister P. Rajeev has said the cashew industries in the StateState are in a severe crisis. The Government will have to take stringent measures to ensure that cashew factories under the Cashew Development Corporation and CAPEX are run professionally and profitably.

Replying to a calling attention motion on the crisis in the cashew industries raised by legislator Mr G.S. Jayalal in the Assembly, Rajeev said the StateState set up the Kerala Cashew Board in 2017 after the Cashew Corporation and CAPEX were in dire straits financially, with either unable to take further bank loans. However, the situation now is such that the Board is ending up in the same financial mess that CAPEX and the Cashew Corporation were in.

The State Government is drawing up a one-time loan settlement formula with banks for cashew factory owners in the private sector, which is expected to materialize soon.