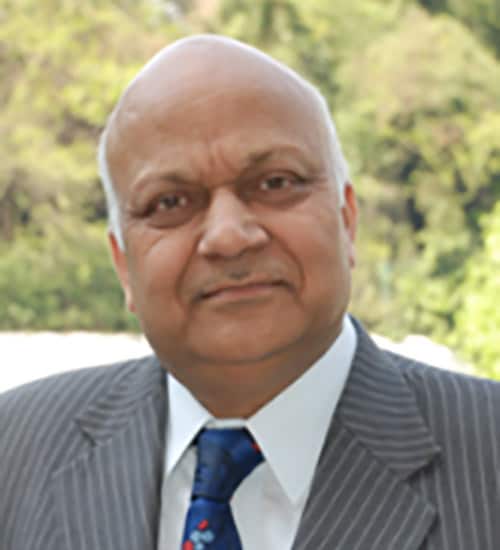 “Indian Communication and Manufacturing are some of the most rapidly emerging sectors in India. The Covid impact has had a three-fold effect on the communication sector,” said N K Goyal, President of CMAI association of India.

On one side, the data and net usages increased, Indian survived due to connectivity and everything went digital. On the second side, we realized the big digital division in terms of availability of net, speed and cost of access device.

“India and the entire world were forced into the virtual world without any skill on how to use that and cyber risks also increased. In case of marginalized families and rural areas, one phone is to be shared by parents, children for job, and business and on-line studies. The cost of smartphones has also increased from an average 10-15 USD to 80-100 USD. And the problem of non-connectivity is common around the world and more in the developing countries,” added Goyal.

On the third side the world realized that the so-called concept of global village is a farce. At the drop of a hat, any country can stop imports or exports and every country realized the need and importance of its own domestic industry and solutions. This naturally affected the local production due to non-availability of raw materials and components. The continued lockdown and restriction on movements of goods also affected the market supplies.

“India also realized that India’s so called one nation is in textbooks only. Each of 28 States behaves as an independent country and has its own rules and processes for movement of man, material across State borders. Slight trouble in any Metro and workers move to their so-called own States, which they never nurture during peacetime. A State which was enjoying the benefits of workers for its development, suddenly becomes mute and the burden of safety and survival of workers shifts to the so-called home State, where they have never contributed,” said Goyal.

He further added that the second wave has increased the factor of fear and constraints on health infrastructure and communication wise the effect has been the same. The telecom infrastructure sector has seen increased usages and increased load for maintenance and upkeep associated with issues of workers’ movement restrictions.

“The situation is likely to continue even after the epidemic is over. Even in the FY21, Industry had been in a bad position. Like all industries, we had difficulties to procure raw materials in the states. With the curfew, access to maintenance was difficult, as they were not treated as frontline workers. We can provide connectivity only if we maintain towers,” said Goyal

“There is hardly any specific pandemic induced technology, except for the health sector. But technological advancements would always happen in the industry,” added Goyal.

On Technological advancements, Goyal added, scientists all over the world continue to develop technologies on the pretext that it is good for human and economic development without actually having any use cases. The telecom technology migration has also a unique feature of claims of higher speed, better service without defining them.

“Even though we are in the era of 4G and 5G, the speed we get on mobile and net is hardly even 2G. Continuous availability of net at given speed is an issue even in metros, what to talk of rural areas. Now there is a big hype of 5G, but no use cases available. Technology developed, but who will use, who will invest and how to get return, questions remain unanswered,” said Goyal.

India is fully competent and capable of developing any and all technologies in the country but the question is access to market, points out Goyal. The so-called latest technology has no end and as there would always be talk of a new technology. For instance, 5G is still under implementation and talks of 6G have begun.

Then there is domestic technology when available is subject to the so-called latest and foreign at that time and there is an issue of L1 where in the government tenders go to the lowest bidder. Some countries are always the lowest and cheap on price, because the price offered depends on the needs of that country to proliferate in our country. The Govt policies of “Preference to Make in India” do not apply to private sector and States, added the President of CMAI.

CMAI has been working closely on environmental protection, Goyal said, “Nobody is interested to talk of environmental, health, radiation issues for new technologies. The standard talk is “No proof” so far. It has taken the world over a thousand years to accept the bad effects of alcohol, asbestos, smoking. And who will work for proof?”

It has provided continuous support to the MSME sector by making information and access to Govt schemes and policies available. The industry has realized and has to live with the fact that there is no escape from rents, salaries, electricity bills, PF and other statutory payments, compliances, GST, Income tax etc. etc., irrespective of the fact that factory is closed or there is a hardship of material, market or recoveries of payments from customers, points out Goyal. Apart from this, CMAI has been constantly promoting domestic manufacturing in the country.