TAPMA To Play Active Role with State Govt. and Environment Bodies on the Decision to Ban Plastic 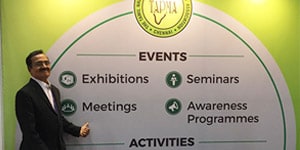 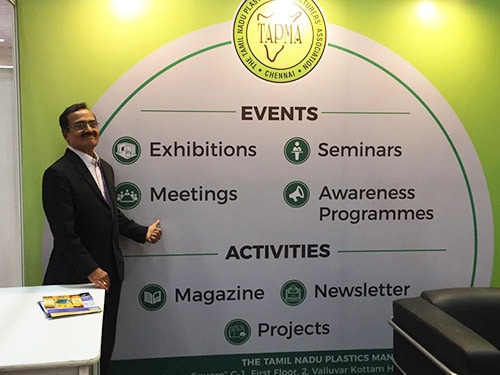 The Tamil Nadu government recently announced that they’re banning the use of plastic items, including non-biodegradable bags, from January 2019 in the interest of the environment and to “gift a plastic-free” state to future generations. However, plastic sachets used to pack milk, curd and oil, besides those used to wrap medical products, will be exempted from the ban.

The ban is brought under an environment protection act of 1986 and it would come into effect from 1 January 2019, so as to allow people to switch to paper bags and other products made out of paper as substitutes to plastic.

This ban would affect over 8,000 plastic enterprises in Tamil Nadu who offer direct and indirect job opportunities to over 10 lakh people. As per last year’s figures, over 9 lakh tons of plastic is consumed in Tamil Nadu, and the production has constantly been increasing to cater to growing demands. The state leads all south Indian states in both plastic consumption and manufacturing, generates over Rs. 18,000 Crores revenue for plastics related businesses.

The Tamil Nadu Plastic Manufacturers Association (TAPMA), one of the leading bodies of plastic manufacturers in India aims to play an active role in having a quality dialogue with the state government with respect to this ban. TAPMA aims to interact with the state government and other local bodies to work together to address the ban. The association is of the idea to co-operate with the government in spreading awareness about the right usage of plastic. The industry association has planned to work on instigating the public to avoid littering and waste management, among other things.

Expectations from the government

According to TAPMA, the Tamil Nadu plastic industry’s stakeholders, who compete with their counterparts in Mumbai feel that their state government needs to support them in addressing their key challenges. For this, TAMPA expects a ‘plastic park’ to be set up by the state, much similar to the IT park and other manufacturing SEZs. The association is even comfortable with the park getting situated 40 kms away from the city.

About TAPMA and its Key Activities

TAMPA is a state body having representations across the state through their independent district bodies across. The primary aim is to bring all plastic industries under one umbrella and to share/ disseminate information for the betterment of the plastics industry.

Some of TAPMA’s key activities include organizing seminars, lecture meetings, participating in national exhibitions, training programs, liaison between the Government and the industries, sponsoring buyer-seller meets, and inviting delegations to keep members abreast of the current status of the industry.

The association has also organized a number of awareness programs amongst school children and the public to promote segregation of garbage to facilitate recycling of plastics. They had recently partnered with the corporation of Trichy and donated bins across different regions. Some of the ambitious project of the association are ‘Trash to Treasure’ and ‘Think Green Think TAPMA’. The forum believes highly that only creating awareness on the right usage of plastics will help in proper usage of the same.