VNOs—Glass Half-full or Half Empty? 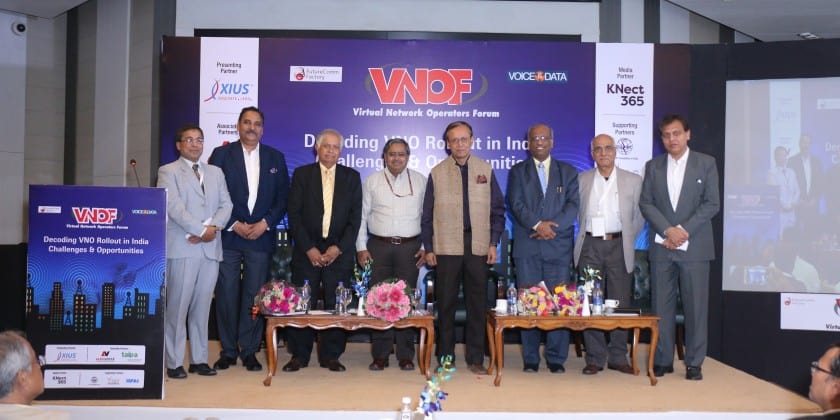 When Rjio announced the launch of its services last year, Sivakumar Kuppusamy, Founder and CEO, Aerovoyce, had sleepless nights. Not only Kuppusamy, who launched the first VNO (Virtual Network Operator) in the country, but many others like him were of the belief that the future of their business is going to be in doldrums.

The fear lingered that the ultra-affordable pricing would severely hit the MVNO industry, posing a big question mark to the parenting landscape as the number of operators also shrink significantly. The concern was also because of the fact that India was yet to see the light of the day with respect to VNOs. VNOs have played an important role elsewhere in the world, although some success and failure stories go hand-in hand, but they were yet to scratch the surface in India and with Rjio, the VNO dream was not taking off.

However, gradually the thought entrenched that Rjio’s ultra affordability would be a thing of the past soon and not only confined to plain vanilla voice offerings, but MVNOs would play an instrumental role in providing broadband to the country’s hinterlands. Kuppusamy and his likes today are a bit relieved with the regulator’s intervention in its free offers and are gearing up to tap the huge potential that VNOs can offer in India.

The birth of VNOs dates back to the 1990s, when the concept was first developed in Western Europe, with the purchase of bandwidth in wholesale from the licensed telecom operators and then repackaging it in the form of voice calls, data packs, etc, to the consumers under their own brand.

With VNOs, customized offerings will be the new attraction, not only that they have the potential to offer services as per the need of certain geography, certain segment. Although, there’s less scope of voice, but MVNOs have a lot to do in offering the broadband to every nook and corner of the country.

“VNOs thrive on differentiated services. They identify and cater to very niche markets. India as a society presents a different shades and hues of demographics. VNOs will find many opportunities to discover the various layers of population segments towards which they can build products and services. A combination of identification of segments, tailoring services to those identified segments and good pricing may be key,” adds Amitabh  Singhal, President, VNOF.

In India, Trai had recommended opening of VNOs in 2008, but in the absence of any concrete steps there were hardly any action. Still there are insurmountable challenges surrounding the development of VNOs today.  Challenges such as license fee, revenue share, single parenting ie. a VNO cannot tie up with more than one operator in one service area (for access services), spectrum charges, permitted FDI level, etc. These are some of the issues that are creating concerns on financial viability of the VNO business. Then there are some operational issues that have been put forward by the potential players such as on number portability, potential pricing etc.

Although there are multiple challenges, but keeping in mind the fact that there are roughly 45 percent or so Indians which are still not connected, there’s a strong business case for VNOs in India. In fact, VNO’s may even add to the infrastructure where it does not exist to reach out to the unserved population, which will be rather different than typical VNOs which are expected to be just resellers or extensions of a telco , adds Singhal.

With the telecom landscape heading for a change and the government also stressing on mobile payments and IoT, VNOs have a key role to play for better rural access.  Even the sense is also getting generated that as a telco provides traditional voice and data services, it is the VNOs which will develop niche segments and help penetrate access deeper within the population that is not yet covered. All these calls for immediate steps to facilitate VNO landscape in India.