Recently, I got a chance to attend Mahindra Comviva’s analyst briefing that was followed by a demo of some of its flagship products that it believes are important for tomorrow’s business.  Among these products, I found Mooditt Digital Store quite interesting.

Typically, a digital store aggregates a lot of content, and then allows multiple channels streaming. However, what caught my attention was its ability to bring individual performers /content developers on board, which is very important.  First, it will not only help all those individuals or small individual groups to monetize their talent, it will also open up a new stream of content available for consumption.

The most powerful feature coming out of this solution—was the facilitation of vernacular content for consumption over the high speed networks that every operator is offering these days. The challenge before the operators are the limitless users’ demands, which can’t be fulfilled only by provisioning of a service; rather operators need to scout for avenues of maximum utilization of their infrastructure for the users and content has a pivotal role here.

Within the Indian context, the challenge is complex as one cannot address the market potential to the fullest by acquiring or developing content in just a bunch of languages.  At one point of time in 1961, the Census of India had identified 1,652 mother tongue languages in the country.  Presently, India has 22 languages listed in the 8th schedule of the constitution and has 31 official languages across various states.  Many of the official languages are also included in the 8th schedule.  As per some estimates, India at present has approximately 150 languages having sizeable population.  Now, whatever parameter we want to see through, the indication is loud and clear that to have more use of content over digital platforms there is a need to have more and more languages incorporated on to a network.

This is exactly where I can see Mooditt playing a critical role.  The demo also indicated that there is a kind of audit service to ensure quality, which is imperative to crowd-source the content in different languages across the country and build a very strong library of content driving data usage of the operators.

There is definitely a business case for Mahindra Comviva in this, but I see it as more than an opportunity for them, which can contribute towards the Digital India drive of the government.  This might be a unique use case, but can potentially become the biggest ever content library with humongous variety of languages and other regional nuances.  Needless to add, it will help preserve the localized heterogeneous cultures, India is built up of. 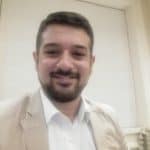