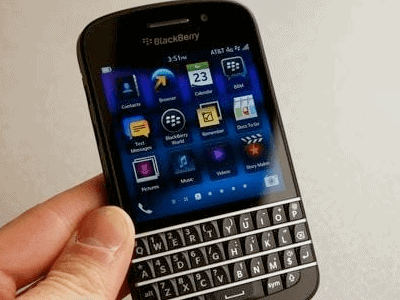 Much has been written about BlackBerry (formerly, Research-in-Motion or RIM) and the vendor’s new Blackberry 10 Operating System, which many have labelled as a ‘last-ditch effort’ on the part of the once-iconic company to redeem itself.

I got a chance to catch a glimpse of BB10 via an exclusive, CyberMedia-only preview organised on January 16th by the BlackBerry India office. At the first look, I feel the objective has been achieved.  BlackBerry has been able to increase the ‘Smartness Quotient’ of the device to bring it on par with smartphones on other platforms such as Apple iOS, Android and Windows Mobile. One of the perceptions amongst a section of BlackBerry users was that despite of being a Smartphone, their BlackBerry handheld was not ‘exciting’ enough in look and feel. With BB10 that issues has been sufficiently taken care of.

What worried me is that I could not see a single feature that is going to be exclusively available on BB10 devices. BB10 is going to carry forward the legacy of BlackBerry strengths of security, BBM and email-on-the-go. There is not a single new feature in the above list that BB10 is going to provide for users.

While there are a few good features like ‘peep’ and ‘flow’ in the BB10, but to my mind these are more of “work-in-progress” and transitory. Such ‘enhancements’ bring more of cosmetic value rather than a real ‘wow’ factor for users. The only good feature which will make messaging, including emails, easier for BB10 device users is the personal predictive dictionary, that ‘self-develops’, based on one’s usage of certain words more frequently, and also allows completion of the word / s from the keyboard itself, rather than from a bar above the keyboard, that is the norm on other OS platforms. So, yes the typing speed and experience will improve for BB10 users, and they can get rid of writing “SMS English” in professional and formal mails.

What I saw in the BB10 demo made me feel that BlackBerry engineers have taken most inspiration from the Android OS platform. For staunch Blackberry users, the BB10 device would be a feast to the eyes as they will no longer miss out on ‘smartness’ in look and feel, which they would until recently envy while looking at devices of their friends, colleagues and peers running on competing platforms. But, will BB 10 help BlackBerry win back market share from other platforms and strengthen its bottom-line? This to me appears to be a tall order, given that Android-based smartphones and Apple devices have established a big lead and Windows-based devices from Nokia and others are also gunning for the high growth, high margin smartphones segment.

Another danger is that whatever BB10 is capable of doing can be easily imitated by other platforms, even if they do not offer some of those features right now. For instance, I can personally do all that was highlighted in the BB10 demo, on my Android device by just adding Go Theme, Launcher, Widget, etc. developed by GDT.

My take after witnessing the BB10 demo firsthand is that while the ‘Smartness Quotient’ of the new platform is at par with other platforms, but the key strengths that earlier versions of BlackBerry devices offer have only been extended in this upgrade. There isn’t enough evidence yet of a really compelling feature that could make BB10 as revolutionary or pitch it as a favourite with young, urban consumers in growth markets such as India and Indonesia.

I would conclude by saying that with BB10, the BlackBerry experience has become ‘Android-ised’.

Is there a plan in this after all, or to put it in a literary sense – “Is there method in BlackBerry’s BB10 madness?!”