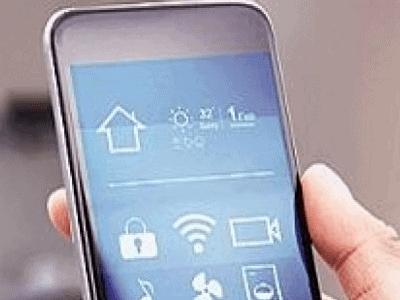 There is an interesting analogy one can derive by analyzing the past C-level engagements across the industry.  Earlier, when the industrialization had just begun, the person in know of how the product is manufactured used to get the prominence and at a later stage become the CEO of the organisation.  Henry Ford can be a classic example to highlight from this era.

Then as the consumption became tougher, businesses realized only production is not the key to success and there should be someone who would sell them.  Hence, the sales head became all important in the organisations and would eventually lead in the capacity of CEO.  This is the era when we saw professionals jumping into management where the owner of the business felt not having the knack of selling.

As the story progressed, modern management concepts advocated that sales is not the whole of the thing.  There must be a holistic and persistent approach rather than a transactional and this gave rise to Marketing becoming the supreme of all functions.  We now saw marketing heads becoming the default feeders to CEO positions in their respective organisations.  This was also backed by the thought that push won’t yield sustainable growth and through marketing a pull factor should be created.  This brought the marketing head all in limelight and finally ‘heir apparent’ of the CEOs position.

Meanwhile many other C-level profiles emerged and became very important in the organisation like CIO, CFO, Strategy Head, etc. But these profiles rarely rose beyond a level in stature that they would necessarily become the CEOs.

Cross viewing this cycle of one or the other C-level profile becoming the supreme in the organisation with the 4Ps model of the celebrated Philip Kotler, one can understand that as markets progress and are at different stages of business cycles, one of the functions becomes anchoring and the leader driving that function comes into limelight.  Let’s understand it more from the diagram below.

Depending on the maturity levels of a business and the competition around, a certain function overshadows others thus bringing the leader driving it into limelight.  Just to clarify, this does not mean that the other functional heads do not have any say in deciding about others.  For instance, marketing head has a role to play in product.  But, the main point highlighted here is who would be primarily responsible.

Looking at the current Indian mobile handset scenario, the industry has realized that in all best sentiments of the market, a brand relying exclusively to sell online does not earn more than 5% of market share in the overall market.  Brand like Xiaomi and OnePlus have already realized it and recently we heard similar things from Lenovo (which owns Motorola as well) as well of expanding in to offline space.

Brands like Honour (Huawei) and yet to launch Comio have already indicated how significant they treat offline channel in Indian context. While Honor brought in somebody like Puneet Narang as their retail director, who has a vast experience in the retail space, Comio handed reigns to Sanjay Kalirona as CEO who not only earns a great respect among the distribution and channel networks but is also seen as someone who quickly turns around the channel for a brand.  The emergence of earlier Intex and later Zen is proof to that.

The intend to highlight these two profiles is to identify the trend of brands realizing how important distribution is for effectively remaining in business in India about mobile handsets.  Be it at the level of expanding points of sale or roping in specialists to drive establish and drive a sustainable distribution network, companies have started realizing the significance.  We have Xiaomi opening MiHomes and at the same time OnePlus establishing experience centres just to have that physical connect in the last mile space along the entire value chain.

Looking at this trend, it may not be wrong to say that going forward we are bound to see a new position emerging as of Chief Distribution Officer among the C-Club at least for Indian Mobile Handset industry who would emerge as all powerful leading to becoming the CEO of the brand.

Let’s welcome this new profile of Chief Distribution Officer in the industry who would ensure that optimum last mile connect and reach of a brand in the marketplace.