How AI could enrich the TV experience? 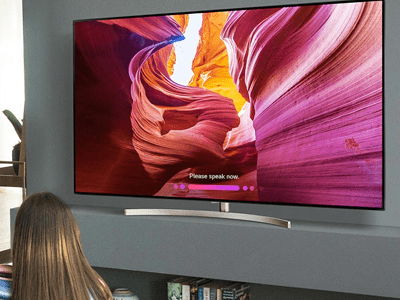 How AI could enrich the TV experience?

One of the main propositions of Internet TVs as well as App TVs is that a user could use the catch-up feature.  Catch-up is indeed a useful feature in the current times when viewers can hardly follow the schedule and rather want the programmes to be flexible to their availabilities that are erratic at times due to irregular professional commitments and sometimes social and family priorities.  This makes catch-up TV a very good feature and most of the apps and Internet TV services have this feature to differentiate as the technology allows to access servers storing the content a bit convenient than over other technologies.  Further, as Internet speeds have increased, and data become cheap, viewers don’t mind using such applications to catch-up with their favourite programme.

However, there is an issue with catch-up TV.  It is all dependent on EPG or Electronic Programme Guide, which gives details of the programme.  There has been an inherent issue with EPG of displaying wrong information.  This happens usually with FTA (Free to Air) channels and in Indian scenario mostly with DD (Doordarshan) channels.  Even, from the operators’ perspectives, FTA channels are least on the priority and they also do not spend some resources to augment the EPG of such channels.  Hence, viewers would mostly find the EPG of FTA channels wrong.

The second issue that has been observed is a peculiar one and Artificial Intelligence (AI) can play a role to enrich the user experience.  The EPGs are typically ingested for a week’s period on daily basis giving users a peep into what’s going to aired for next 7 days.  For most of the channels, be it news channels or the entertainment channels the programmes are scheduled, and everybody knows what is going to be aired when.  Even EPG is ingested accordingly.  So, if a serial comes up daily at 10:00pm on a particular channel for 5 days a week, the EPG will show up the programme for the defined duration, say 30 minutes.  Same is the case with news channels, showing the programmes as per schedule.

The second case in which EPG information goes wrong is for two reasons – the duration of the programme is not in sync with what EPG reads and the programme is not actually what the EPG shows.  The scenario could be that a programme is scheduled on EPG for 60 minutes, but actually goes on air for 65-70 minutes due to advertisement breaks, etc.  In that case, the EPG shows up the next programme, while the current one hasn’t yet finished.  The other scenario is of news channels. They have typically news every hour and debates and other programmes scheduled.  But, due to any big news during the day, they change the programmes to align with the major happenings of the day.

These issues also have a bearing on the recording function, which is premium in most of the services offered.  As recording goes by the EPG, there is always an apprehension that last few minutes of climax might not have actually been recorded.  This brings a bad experience to the user who must be paying for such premium services.

AI using advanced video analytics can actually parse through the content and re-programme the EPG as per the real durations of the content being aired.  This shall not only result in accurate EPG but also let the features like catch-up TV and recorded TV work normal as expected.

However, there shall be challenge of how to sync the STB without rebooting to refresh the EPG.  Because, AI would be able to re-programme the EPG but shall not be able to push the refreshed information on to the STB.  That is something the technology shall have to evolve to result in always correct information on the EPG to give the best of experience for TV viewers. But, never the less, as STB goes off the scene with Internet and App based TV, the EPG refresh is anyways real-time being on the cloud.