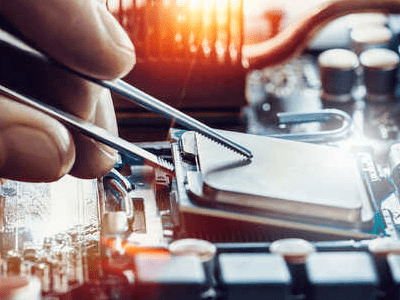 Finally we have a state government in place for Jammu and Kashmir; a government I see as a government of majorities. While the PDP enjoys a majority in the Kashmir region, the BJP enjoys the same in Jammu. Hence, it was only natural that the two majorities come together to form the state government. Going forward, I would set all the political incompatibilities aside and look at the arrangement as an opportunity to deliver good governance and development to the state of Jammu and Kashmir.

In the past it has been a ritual followed by governments to decide about the location of strategic infrastructure in a state rather on political grounds, rather than on rationale or logic. To appease their vote banks, governments announce initiatives which they know will not work out. Thus, many such decisions are taken to make their constituents happy.

The tale has been no different in the state of Jammu and Kashmir; major infrastructure development initiatives have been affected by political motives, more often than not resulting in the creation of strategically important but non-feasible facilities and institutions. The Education sector is a case in point. A few years back an announcement was made to set up a central university in Jammu and Kashmir, located in Kashmir. Apparently, this resulted in some resentment that finally gave the state of Jammu and Kashmir two central universities, one each in the Jammu and Kashmir regions. Now, I am not an expert on the need for two central universities, but like any other informed citizen of the state, I am curious as to how it was ascertained that only one central university in the Kashmir region would not suffice. And, does it not dilute the focus and lead to sub-optimal results in the building of such institutions as centres of excellence. Thankfully, the recent announcement in the Union Budget provisioning for one AIIMS and IIM for the state should not see the same fate. Though this decision may also cause some resentment, but in the end is likely to prove more effective to meet the best interests of the people of the state.

The short point I am trying to make is that rather than create two identical institutions in each region, only to appease political constituencies, the need of the hour is to create opportunities for co-existence, cooperation and collaboration between the people, and especially the youth of the two regions. This can be best achieved under the present state government set-up that carries a clear mandate from the respective majorities in each region.

To avoid politically motivated decision making for ESDM sector initiatives, the clock has started ticking to plan and undertake coordinated action. The approach that needs to be taken while dealing with this sector has to be cooperative and collaborative, rather than competitive; the latter will only create sub-optimal, half-baked infrastructure and waste precious time and resources.

For an ESDM sector development model to be feasible and fruitful, it should be based on the strengths of the two regions of the state of Jammu & Kashmir. The vision should be to allow Jammu and Kashmir to have a significant presence on the ESDM map of the country. One of the ways that I see this happening is by looking at Design and Manufacturing as two subsets of the ESDM sector; the Kashmir region can be aligned to the Design segment of the industry, while the Jammu region can take the lead in Manufacturing. This is because the state has some good programming talent available in the valley, and these resources can be re-skilled or up-skilled to effectively participate in the Design aspects of the ESDM sector. For instance, designing of PCBs to begin with, leading to advanced designs of modules, systems etc. Similarly, Jammu has several location advantages to become a Manufacturing hub. The primary advantage going for Jammu is rail connectivity, relatively greater proximity to the National Capital Region (NCR) etc.

If we create an ESDM ecosystem based on such tenets, there is no reason for the industry to encounter failure in the state. Otherwise, if we go by the age-old, politically motivated prudence of setting up one cluster/park each in the Kashmir valley as well as the Jammu region, the results are not likely to be very encouraging. Similarly, there are several auxiliary areas that need to develop along with electronics manufacturing. For instance, plastic mouldings, packaging industry etc. These too can be developed in Kashmir to further strengthen the roots of the ESDM sector in the state.

Such an approach, based on the right principles of justice and market alignment, should go a long way in further strengthening the relationship between the people of the two regions of the state.  So, while the present government, mainly the PDP has been talking about making the Line of Control (LoC) irrelevant by increasing instances of interaction between the people on either side, there is also a need to create strong avenues of interaction between the Kashmir and Jammu regions, to mark an end to self exile, isolation and economic deprivation.