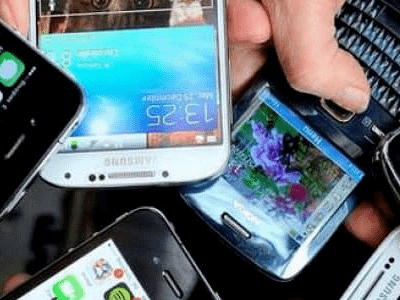 Indigenization is a movement, a revolution and every time we forget this fact we have to go in for radical change agents to correct and give effect to the indigenization movement. The pace at which we are attempting indigenization in India currently, is definitely saddening.

Mahatma Gandhi without doubt was a visionary. He realized the need for indigenization even when all of India might not have dreamt of it.  His philosophy behind the Swadeshi movement contained an inherent need that finds relevance even today. During the pre-Independence period the objectives were socio-political. This time they are purely economic.

If we are aiming for indigenization of the Electronics industry it has to have the intensity of the Swadeshi movement, only then can we achieve its goals within a meaningful time horizon. The Government of India have taken some bold steps and initiatives that exhibit the courage and will to achieve substantial indigenization of the Electronics industry, but while the policies and guidelines (National Policy on Electronics 2012, M-SIPS programme) set the context, there has to be delivery in terms of real and visible developments on-the-ground. And the delivery has to be a co-venture of all the concerned and affected stakeholders.  Every time I interact with any industry leader within the ESDM sector, I find two distinct sections – One set is those who want the Government to first create a couch for them that would ease their journey, while the second is the set who without any afterthoughts concede that India is a very important market for them, but is not an attractive manufacturing centre. They are ready to customize or Indianise their products but they will perhaps never indigenize their offerings, at least in the next decade or so.

All this while you must have thought that whatever I have said so far is not in sync with the title of this write-up. Here’s where I come to the point where I explain my choice of heading. Bangladesh is miniscule in comparison to the India Mobile Handsets market. A fraction of the large India market.   There is no local production in that country, whereas India has a decent domestic electronics manufacturing industry. In spite of these comparisons, the regulator, BRTC was bold enough to bring in a law that makes it mandatory for mobile featurephones to sport a Bangla language keypad. The plan is to bring smartphones, including touch-enabled models, in the purview of this rule very shortly. BRTC announced a simple regulation that after February 2012 no featurephone can be imported into Bangladesh unless it supports a Bangla keypad.  The rationale behind this decision was the low usage of SMS in the Bangladesh market. The regulator was of the view that a large population of mobile users is not comfortable in sending SMSs in English and this limits the usage. Whether this was able to push up SMS usage in Bangladesh would be evaluated soon, as we approach the first anniversary of this regulation coming into effect. But the key point is that even a very small market like Bangladesh was able to make the Mobile Handsets industry fall in line with its national policy objectives.

India is a very large Mobile Handsets market, forecast to grow at a healthy pace for the next several years. However, till date, we have not bothered to define any requirement specific to the country’s needs. In spite of this, it is surprising how our policymakers and industry experts expect to achieve the desired levels of indigenization very soon! Why aren’t we bold enough as a nation to bring in such meaningful regulations? For India, even a simple regulation such as a mandatory counterfeit currency detector on all featurephones can be very significant. We are a nation of multiple languages and diverse cultures. With the 3G networks slowly spreading to more cities and towns, higher rates of usage of cellular data services will not only positively impact the Telecom Service Provider (TSP) industry, it will have a multiplier effect on the lifestyles of ordinary citizens. Thus, it is very important for us to have meaningful, relevant localization of hardware and software of the highest order in the shortest possible time-frame. This will ensure more and more content consumption by subscribers of mobile, digital TV and a host of mobile-enabled B2C and G2C services.

I believe what I have highlighted here is just one of several such measures that can lead to not only improvement in the viability of TSPs with regard to 3G and higher generation of services, but also shore up the country’s sagging GDP growth.

Time and speed of implementation are of the essence!