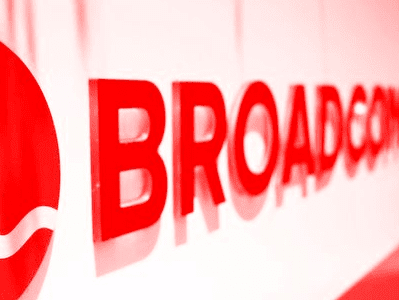 Broadcom launched the BCM7014, a single-chip standard definition MPEG2 cable set-top box (STB) system-on-a-chip (SoC) solution, specially designed for price sensitive markets such as India. This solution will allow OEMs to come out with STB solutions for emerging markets at affordable price points. Globally, Broadcom has a range of solutions to offer, be it for the entry level viewer of TV soaps, or for the high end, discerning afficionado on a range of platforms and technologies such as satellite (DTH) / Cable / IPTV supporting all the formats like MPEG2 / MPEG 4 / HDTV etc.

But there was something more that was not so evident and which will emerge once Indian cable television viewers mandatorily switch to digital set-top boxes starting 1st July 2012.

Besides the necessarily strong patents portfolio that any chip maker must have, Broadcom has shown strong skills in terms of adding value to a chip solution through software features. Many new features incorporated on the Broadcom solution would normally fall in the domain of middleware providers and system integrators. So, features that cable and satellite TV operators would usually need to add in the middleware, have already been included by Broadcom at the chip level, making it easy for operators to launch services that promise enhanced user experience, besides reducing time-to-market for operators.

The additional features that were showcased by Broadcom may be classified as ‘pure software skills’. While there may be enhancements in processing throughputs etc., the main contribution must definitely be through programming. For instance, Broadcom’s featured FASTRTV reduces channel zapping time. Earlier this feature was incorporated by middleware vendors; for instance, Microsoft’s Mediaroom incorporated the ICC (Instant Channel Change) feature. With the new chip from Broadcom, operators, middleware vendors or system integrators now need not bother about the delay in channel zapping. Another feature that Broadcom has been able to add at the chip level is the volume leveller. This was also dealt so far by middleware vendors or system integrators. By incorporating this feature at the chip level, Broadcom can now make the feature available directly to STB vendors. So with literally no dependence on the network, middleware or the headend, the Broadcom solution will allow television viewers to experience advanced features without being dependent on a number of network and solution elements that deliver the service at the set top box level.

In this context, it would be correct to surmise that the software skills of Broadcom engineers have outshone the ‘silicon’ skills of their peers in the case of set top box chips, by designing a solution that delivers a high quality user experience and makes the chip company the preferred choice of leading STB OEMs across the world (As a confirmation of this statement, a Broadcom spokesperson confirmed to this analyst that in fact, their technical staff working on set top box solutions comprises 67% software engineers).