Does this mean NFC is nearing full-scale market adoption? 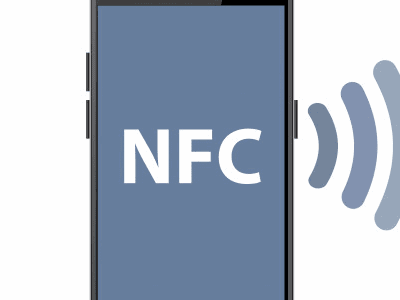 Does this mean NFC is nearing full-scale market adoption?

There are industry rumors that NXP, a significant player in the Near

Field Communications (NFC) segment is being looked at by industry leaders like Intel, Qualcomm and Broadcom for a possible takeover.

NFC is highly probable of becoming the industry default for integrating financial services with the mobile devices. In the recently concluded Mobile World Congress in Barcelona, 16 operators have already announced their support for the technology. What they intend to do with NFC is not only implementing mobile wallet applications, but also see scope of using it in mobile ticketing, couponing, information exchange and the ability to control physical access such as a “mobile key” for cars, homes, offices, hotels etc.

With some of the world’s leading operators already committed to the implementation of NFC and the application giants like Apple, Google and Microsoft also working on adding NFC capabilities to their platforms, we see a good case for more widespread NFC implementation in the near future.

On the handsets front, we already have strong hints made during the Mobile World Congress 2011 by leading vendors like Nokia, Samsung, LG, HTC and RIM (makers of Blackberry devices) that in 2011 customers would see NFC-enabled handsets available in the market. In fact, this may become a default feature. Apple has already won a patent for touch screen RFID tag reader in 2009, which it is supposedly readying for use to enable NFC in iPhones.

What is missing is a push from the chip industry and if a player like Intel, Qualcomm or Broadcom forays into the industry through the acquisition of NXP, this ‘weak link’ would also be plugged. The interest of these giants shows their confidence in the technology and its market potential.

With this likely strengthening of the entire value chain for NFC, we should be able to see the technology becoming more pervasive and widely used. The technology has already made a remarkable penetration in the world’s leading mobile market, China. As an indicator, Watch data (Chinese data security and smart card technology provider), recently announced that it crossed the 3 million units mark for the commercial rollout of ‘SIM pass’, a mobile proximity payment technology. Pertinently, in December 2010, it had crossed the 2 million units mark. In just 4 months, the vendor added 1 million more commercial units for its NFC solution.