Memory Cards, Processors and Mobile Devices: Are we evolving from PIM to PIP? 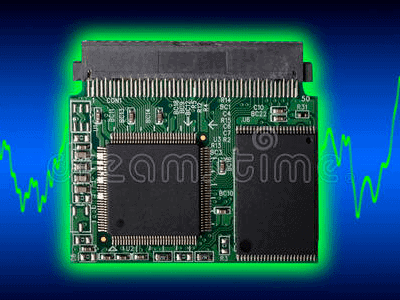 Memory Cards, Processors and Mobile Devices: Are we evolving from PIM to PIP?

As our memory requirements grew with the increasing

smartness in our mobile handsets, a slot became default for our phones – the microSD memory card slot. This gave handset manufacturers an excuse to pass on the additional memory cost to consumers but at the same time, it gave consumers a choice to load the handset with additional memory depending on the likely consumption and pocket elasticity (not all consumers add on memory cards to the maximum rated capacity of their devices). But a different story has emerged in recent quarters – as memory costs nose-dived, handset manufacturers resorted to bundling a memory card with the handset to attract more buyers.

Therefore, as consumers we use Plug-in-Memory (PIM) to enable additional resources  / storage on our handsets to save a variety of data, be it music, photos, videos, games, audio clips and so on.  So where is this concept likely to be replicated? Let’s try to discover.

With heavier applications being developed and made available for use on the mobile platform like HD content and 3D gaming, the processor requirements will go up.  The challenge before semiconductor companies would be to design processors that are capable of supporting these high memory guzzling applications seamlessly and at the same time be economical on power consumption and not allow the device to heat-up.

The processor usage pattern, in such a scenario, will fluctuate considerably between the highs and lows, meaning a high-end processor will have a major chunk powered but not in use when the phone is being used for voice, text and other such low memory consuming applications. That would mean underutilization of expensive on-board processor capacity, while draining battery power faster.  So, why not to try out a Plug-in-Processor (PIP) in mobile devices. A user can add on additional processing capabilities to his / her device when he / she intends to run an application that consumes heavy processor resources. In such a scenario, as a user, I will continue with the embedded processor if I use my phone just for making calls, but once I want to play a 3D game on my handset, I will plug-in the additional processor to push up the ‘computing’ capabilities of the device.

Another compelling reason I see for this is the shift in service delivery models in the foreseeable future. Gradually our devices will need a considerable amount of processing capability, when acting as a node for cloud services – be it listening to music, accessing web photo albums, running enterprise applications off private clouds, etc.  But a user will not be always connected to the cloud. So why keep an expensive, high capacity processor in the device powered on, that will remain unutilized or underutilized under normal conditions. Here, a Plug-in-Processor model can bring efficiency and optimization of resources.

This is from a theoretical, conceptual perspective. I am sure it would be a challenge to design a processor module, that is at the very core of device architecture, in plug-in mode. But it is worth a try and may well help to build a wider use case for cheaper, better smartphones and more affordable tablets for every day use by the masses, to enrich their lives through not just voice calls, music clip downloads and ring back tones but high end gaming, entertainment, public information and professional apps. I am sure human ingenuity will find a way to use semiconductor technology to make yet another new beginning.