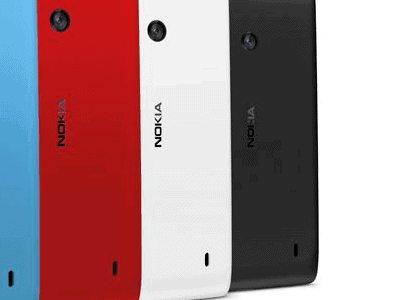 Nokia is the market leader in India with over 21.9% of share (January-November 2012) in terms of mobile phone shipments.  This is mainly attributed to its strong position in the featurephones segment.  If we look at the socio-economic profile of featurephone users in India, they are very unlikely to use any non-cash payment medium. As per banking industry estimates, Indians still make less than 5% of all transactions in modes other than cash, including Netbanking, Credit and Debit cards.

At the same time the country’s banking and financial sector regulators are faced with the challenge of detecting counterfeit currency and checking its circulation. There are huge numbers being reported by government security agencies with respect to fake currency notes in circulation. At the heart of this issue is the detection and reporting of fake currency in the hands of the common citizen. Such notes are only traced when they penetrate into the organised financial system (banks etc.), where expert staff and equipment are available to detect counterfeit currency. Otherwise, such notes continue to be in circulation without any trace as a majority of India’s population don’t have a bank account and rarely interface with the organised financial system.

In a recent report, it was pointed out that the Directorate of Revenue Intelligence (DRI), the agency which is entrusted with the responsibility of checking fake currency in the country seized Rs. 2.16 crore in FY 2011-12, of which Rs. 1.56 crore was seized in Delhi alone. This gives an indication as to the magnitude of the problem and the volume of fake currency notes that may actually be floating around in Tier II and III towns and remote villages of the country, where it is difficult for government agencies to set up adequate infrastructure to detect and stop their circulation as legal tender.

However, there may be a solution available to address this problem.  India is now a ‘mobile’ country and mobile telephony a basic need sought by every citizen. Mobile phones not only help us stay connected but are also a source of livelihood for large sections of the population. Several business models now revolve around the seamless availability of mobile telephony.

Although smartphones are fast catching up, featurephones still constitute around 93% of the India market in terms of shipments. At the same time, a good population of smartphone users is increasingly relying on non-cash transactions. Other modes available like mobile cash, NFC etc. are in the not too distant future going to increasingly relied upon by smartphone users as the preferred mode of making payments. So, this segment is very unlikely to face the problem of counterfeit currency notes.

The challenge is for the population that primarily relies on cash transactions, who have neither the avenue nor the means to get currency notes validated or interface with financial institutions where these notes would get detected. Therefore, a mobile phone can be a handy device to address this situation. If fake currency detection technology is embedded into mobile phones, particularly featurephones, a large proportion of the population that relies only on cash transactions will get a highly useful feature on their phones that will allow them to check currency notes before exchanging them for groceries, farming supplies etc.

As far back as 2009, an Indian engineering student, Neha had developed this technology while participating in a contest, but unfortunately it never saw light of day. Going by the appreciation she received, her innovation seemed to have enthralled the industry, but no action resulted.

I believe Nokia is the right handset vendor in India to promote this feature in featurephones. In fact, such a feature could also be mandated looking at the severity of the issue in the context of a large country like India. But that may be the next step. The first and foremost need is for an industry player like Nokia to come forward and embed this technology in featurephone models catering to the ‘mass’ market. This could go a long way in making a positive contribution to an important national issue and help the country address an issue through practical deployment of technology.