Nokia’s suspension of Manufacturing at Chennai plant: A setback to ‘Make in India’, Challenge to Policymakers 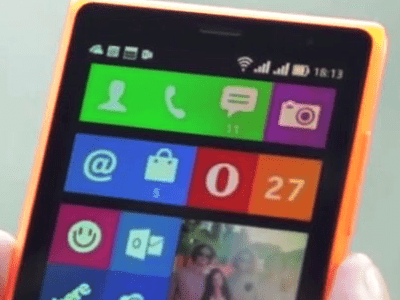 Nokia’s suspension of Manufacturing at Chennai plant: A setback to ‘Make in India’, Challenge to Policymakers

India consumes around 250 mn mobile handsets annually.  The industry contributes close to 40% by value of the India Domestic Electronics market.  There is no denying the fact that we as a nation are heavily reliant on the imports of electronics.  Even where manufacturing takes place, it does not provide very high domestic value addition.

Mobile phones were one product that had the potential to reshape the entire India electronics industry landscape, especially from the point of view of promoting local manufacturing. With contributions nearing 40% of the total industry size, domestic manufacturing of mobile phones was not only doing good to the particular product category but also helping the overall industry to grow. Thus, even if 50% of the domestic electronics demand was met through local manufacturing, it would mean a lot to the strengthening of the India electronics industry.

Until recently, only two mobile handset manufacturing facilities were operational in India – Nokia’s plat at Sriperumbudur near Chennai and Samsung’s plant at Greater Noida near Delhi. Collectively these were adding 140 million handsets to the domestic manufacturing capacity, of which approximately 60% (in terms of units) were being exported. So, whether exported or purchased by domestic consumers, the significant point is that nearly 150 million handsets were being assembled / manufactured in India every year.

With the announcement by Nokia to ‘suspend’ manufacturing out of its India plant, the capacity now stands reduced to what Samsung’s plant at Greater Noida turns out. Effectively, this drains the country of around 70% of local mobile handset manufacturing capacity. Nokia must have their reasons to take this extreme step, but this decision does not augur well for the overall India ESDM industry, particularly at a stage when the entire country is attempting to make an impressive mark in reviving domestic manufacturing.

Prime Minister Modi recently launched the ‘Make in India’ campaign with the objective of promoting manufacturing within the country. ESDM is a key sector that can determine the success or otherwise of the ‘Make in India’ initiative. While India is doing well and has made a mark in the global automotive sector, our next focus for manufacturing growth (and hence, large scale jobs growth) should logically be electronics. At a time when the government is promoting and facilitating manufacturing – be it through enabling policies, creating a conducive economic environment or setting up of world class infrastructure, Nokia’s announcement is definitely a set-back and presents a ‘live’ case for India’s policymakers to come to grips with.

While it may not be possible for the government to impress upon Nokia top management to reverse their decision about the Chennai facility, what should definitely be worked upon is a plan to explore various options so that the facility created over a number of years does not go waste.

A possibility that could be explored at the highest levels of government would be to reutilise the facility by providing support to an alternate potential buyer – a global or India-based manufacturer, even if that means covering the potential deal by the policy guidelines and rules laid down under the National Policy on Electronics (NPE), or more.

It should also be the intent and plan of the government to intervene and see that the talent pool of skilled workers, especially young women employed at the Nokia facility find gainful alternate employment.

Thus, the Nokia plant and the employees could be together presented as a ‘wholesome’ package to a potential buyer. I see no reason why the government cannot proactively facilitate such a ‘new deal’.

Agreed, that this is easier said than done.  It is not so easy to think of ‘bailing’ out a potential buyer who would restart the facility as there would be many legal and procedural bottlenecks.  But that is what the people of India expect from the present government, led by PM Modi – ‘out-of-the-box’ thinking and speedy implementation to serve the best interests of the nation.