Opera set to ride surge in smartphone shipments in India 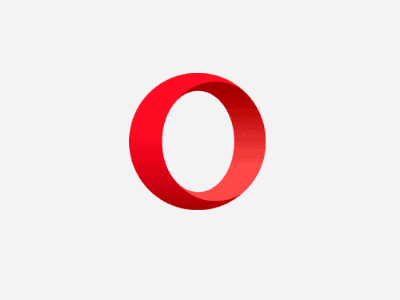 Opera set to ride surge in smartphone shipments in India

Opera recently announced partnering with seven OEMs in India for pre-load of the Opera browser in their Android-based smartphones. One may wonder if this development is of any great significance. All that an Android OS smartphone user needs to do is go to the Google Play market and download the browser of choice, be it, Chrome, Firefox or UCWeb, among others. So what does Opera hope to achieve with its new strategy?

We have to remember we are talking of the average India smartphone user (Well! To be honest, I have yet to figure out if there is anything like an ‘average’ smartphone user). On one end of the spectrum, the smartphone market is dominated by tech-savvy youth, whom one would always find in self-imposed R&D, trying out different browsers. Even so, after some time, these users zero in on a favourite browser. Many other users will by and large not touch the default settings. They may go in for additional apps, but will stay with the defaults. This segment of users would hardly go in for a change of OS or browser, unless facing some terrible issues with the UI or overall smartphone experience.

Keeping in mind this browser behaviour of users, it is very likely that the pre-loaded OS or browser is going to stay on the phone and in an active mode. And with the browsing experience that Opera is promising it is very likely that these users will remain Opera loyalists. That translates into the ‘next big thing’ for Opera. India is among the fastest growing smartphone markets. As per CMR’s India Monthly Mobile Handsets Market Review, the country shipped 9.16 million smartphones in 2Q 2013 compared to 2.85 million in 2Q 2012.  This amounts to 15.33% of the total mobile shipments during 2Q 2013, which is an impressive proportion. Again, this surge in smartphone shipments is primarily because of the popularity of Android OS-based smartphones and the market capitalisation that the domestic OEMs have been able to achieve. Opera has tied up with these OEMs in the India smartphones; this means that we will be seeing Opera shipping in over 25% of smartphones at current market levels. Prior to this announcement, Opera had already tied up with seven other Indian OEMs and if one takes a cumulative view, it could be shipping in over 45% of the smartphones, which is a very impressive feat.

One of the reasons that Opera chose this route was to introduce the masses (potential smartphone users) to Opera browsers. Smartphone users are not known to be confined to a particular social stratum.  Increasing awareness and reaching out to prospects is something that is very important and will determine the market standing of browsers in the Mobile and Tablets space. By using the OEM route, Opera has ensured that it is cradled along with the device in users’ hands. This promises to be an interesting happening for the India smartphones market. Let us see what symphonies this Opera plays!  Hopefully soothing chimes.

Based on an interaction with Sunil Kamath, Vice President, South Asia, Opera Software