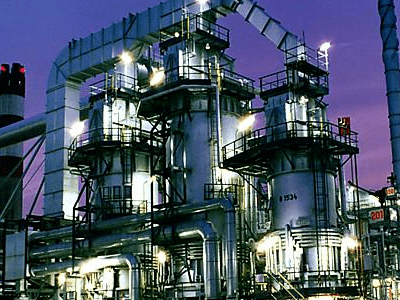 State-owned TSPs forced to give up without a fight?!

The likely decision of a group of ministers (GoM) to refund state-owned BSNL and MTNL their 4G spectrum fees of INR 12,846 crore, after the same was recommended by the Department of Telecommunications (DoT) is going to pave ways for RJIL to become the ‘leader’ in a market that hasn’t yet taken off in India. Currently, the 4G services market in the country exists on a limited scale because of the launch by Bharti Airtel in select cities such as Kolkata, Bengaluru and Pune. However, the real take off for 4G services in India is expected only after RJIL announces the commercial launch of its 4G services.

RJIL has two key strengths that are going to make its 4G story a success – a) A pan-India licence and b) ‘Paper fuel’ (marketing  budgets) to propel growth.  RJIL can pump in a lot of money as compared to other existing telecom operators, who are facing huge cash flow issues. In addition, the recent decision allowing unified licence holders to offer voice services opens up a wider potential revenue stream for RJIL. Therefore, RJIL has all that it takes, some of it due to internal strengths of its parent group, and some because of market conditions becoming favourable to the company, supposedly unwittingly.

While the decision to refund 4G spectrum fees to BSNL and MTNL is likely to get the nod of the GoM, for the state-owned service providers this is going to be detrimental in the long term, as it would limit their ability to provide new generation services to the consumer. For MTNL, there could be a case for staying put with its existing bouquet of services, as it enjoys a relatively better network footprint along the geographies it serves. However, for BSNL, going wireless and enabling BWA is the only way to survive. It needs to be able to reach out to the farthest corners of the country to potential consumers in the heart of rural India. Thus provision of 4G services is not only a business case for BSNL but being a state-owned operator the company has a strategic and moral responsibility to fulfill the agenda of the government, by improving connectivity and reducing the digital divide.

Collectively BSNL-MTNL was the only competition to RJIL in terms of geography as both have pan India 4G licence. However, if this recommendation of DoT is accepted by the GoM, RJIL will be left as the sole ‘national’ 4G operator, thereby resulting in increased business opportunities for the private player. Paradoxically, it would also imply increased ‘reliance’ of the government on RJIL for roll-out of various m-governance projects, giving the service provider an edge in terms of existing infrastructure and reach.

What is further worrying is that by allowing a refund to BSNL and MTNL, the government will allow them to forego upgradation and rolling out of the next-generation wireless services. Therefore, in the long run, these state owned players are going to become irrelevant to the market. In such a scenario, how can the state-owned Telecommunication Service Providers (TSPs) undertake the transformation to become converged operators? Although the premise of giving this ‘concession’ to these state-owned operators is their consistent poor financial performance, but allowing them to go off track from the natural evolution demanded by the market does not augur well for the Indian Telecommunication Services industry.

If the government is of the opinion that BSNL and MTNL must be refunded their share of the 4G spectrum licence fees, then the initial proposal by these operators for obtaining 4G spectrum was not based on the correct business premise either.  This calls for a long, hard look by the DoT (and in fact the Govt. of India) at the ‘business management’ aspects of running state owned utilities. Any decision that effectively downgrades the viability and long term competitive strengths of BSNL and MTNL needs a wider and deeper public debate.  Moreover, perhaps the current DoT recommendation is not the only solution to help bring the two state-owned operators out of their financial morass.

What is needed is ‘out of the box’ thinking that goes beyond just merging the two entities into one to reduce duplication of cost overheads. With changing technology and subscriber demand patterns, the business strategy and reporting structures need to be changed, to better serve the needs of the Indian consumer. Current market dynamics show a definite demarcation in terms of requirements and expectations amongst urban and rural telecom subscribers. Therefore, it might make sense to reorganize BSNL and MTNL to serve the needs of these two distinct market segments and compete on technology and quality of service (QoS).

The urban Indian consumer of the future may well want to download her favourite entertainment show on her Tablet via high speed, wireless broadband services provided by the ‘National Urban Telecommunications Corporation’, while students in a girls’ high school in a remote corner of the country animatedly participate in an expert session in genetics, delivered via high speed, wireless broadband services delivered by the ‘National Rural Telecommunications Corporation’.